— The Canteen
Combining the sounds of live jazz musicians with the raw energy of talented rappers
price: entry is free

Dirty Alex is a brand new hip-hop collective based in Cardiff influenced by legends such as A Tribe Called Quest, The Roots and Miles Davis. Similar to Guru’s ‘Jazzmatazz’, the aim of the project is to combine the sounds of live jazz musicians with the raw energy of talented rappers.

The collective brings together 3 emcees, the popular singer Sam Jones, a tight rhythm trio and a colourful solo horn. The result is a mixture of luxurious grooves, sensual jazz, traditional hip-hop, politically inspired lyrics and some sweet trumpet playing. 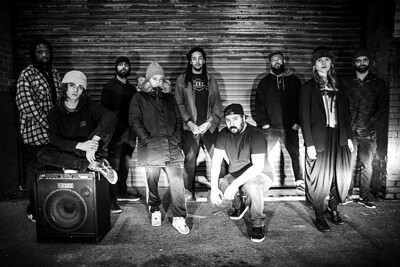