A protege of Portishead's Adrian Utley, Guy has wowed audiences in many guises; as founder member of Dub from Atlantis, Los Mercenarios, Roots Prescription, The Good The Bad and The Funk and 5000AD. Guy's music has been played by DJs from John Peel to Don Letts and Jah Shaka and on many radio stations including BBC World Service, BBC Radio 6 and BBC 1Extra. 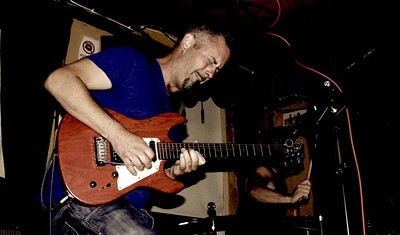