Baila La Cumbia have been around since 2009 bringing the unmistakable party sounds of Colombian Cumbia to Bristol and the South West.
Tonight; the Canteen host a core band who will be digging into some of Colombia's musical history and bringing forward some rare gems for your dancing pleasure.

Alongside the Cumbia roots there'll be some Salsa, Descarga and Boogaloo gems to keep
The band feature some of the cream of Bristol's Latin Jazz musicians and a top night of musicality is assured. 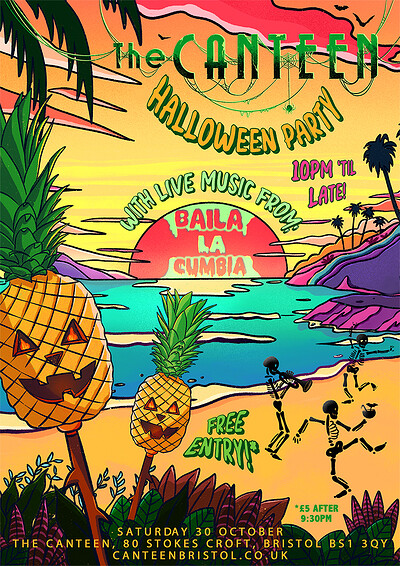