Lil Maxine is the project by Jazz singer and composer, Lise Huber, originally from Graz, Austria. She has performed at top live venues including Porgy&Bess Vienna, Radiokulturhaus Wien and The Hideaway Jazz Club London, and has collaborated with numerous musicians, notable Jazz artists and producers. Her debut album ‘A Little Girl’s Lovesongs’ established her, from a standing start, as a highly regarded songwriter and artist. With the start of 2019 the album has been signed to one of the world’s oldest music libraries, De Wolfe Music USA.

She is one out of three featured live acts in the Jazz Exchange Austria UK concert series 2019, funded by the Austrian Cultural Forum London. As a singer, performer, lyricist and songwriter she collaborates with artists and various projects in the field of Jazz, Electronic and World Crossover, and theatre.

In April 2018 she successfully made her UK live debut at The Hideaway Jazz Club London, as a trio with Calum Gourlay (db) and Dave Hamblett (dr) and completed a tour of Spain, a highlight of which was a concert as a duo with bass player Francesco Moreno, for EU politicians and diplomats at the residence of the Austrian Ambassador to Spain in Madrid. In summer 2018 she recorded and worked with multi-instrumentalist Craig Waller and Skyler Jett, Founder and Music Ambassador for Global Change. In October 2017 Lil Maxine studio performed at Spacemountain Festival in Spain, where she was recorded by Beatles, Pink Floyd and Radiohead producer/engineer, John Leckie. This opened the opportunity to join the DWD Studio sessions in Goa in February 2018, where she worked with legendary British ambient electronic act The Egg under the guidance of Ninja Tunes record label founder Matt Black. 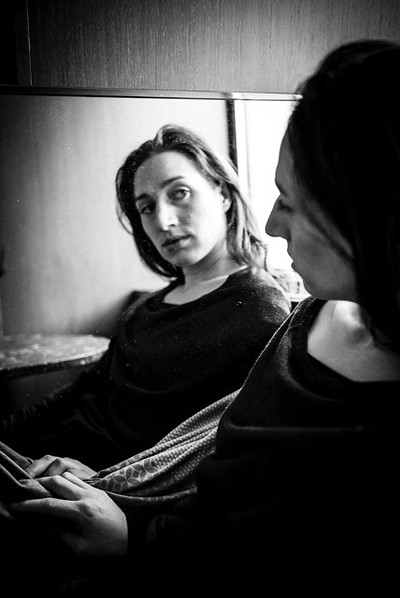