We're back, with a special Valentine's Day Friday Night Special! What better litmus test for any budding relationship than live comedy in a cavy basement club?

Don't take my word for it. It's science! A recent study shows that laughing together is one of the best way to ensure a date goes well, and in particular, they proved watching live comedy together cements intimacy.

Hailed as one of the most exciting sketch and character performers in the UK, fearless performers Katie Norris and Sinead Parker promise to lure you into their web of dark and surreal comedy like two black widows in Lycra.

They’ve sold out their Edinburgh runs, as well as a run at the Soho Theatre, and were selected as a Top 10 Show of the Year by the Guardian.

“It calls to mind Phoebe Waller-Bridge’s BBC Three hit Fleabag. There can be no bigger compliment.” ★★★★ The Telegraph

“A bedrock of fine, funny writing and skilful comic performance.” ★★★★ The Guardian

“Smart, sexy and satirical, not to mention bloody funny” ★★★★ Chortle

Plus, Phil Cooper! Phil is a Bristol favourite: a jokesmith and storyteller who's appeared on BBC Sesh (showcase for Welsh talent), Arthur Smith's Comedy Club. He did alright for himself in the BBC New Act and So You Think You're Funny competitions, back when he was a pup, and he was winner of Frome's Funniest and Stand Up Cider competitions to boot. He's a regular at our sister night, and we're thrilled to finally have him on at The Cheese. Convinced? Either way, come check him out and you'll be an instant fan of this charmer!

Plus a middle section featuring some budding local lovelies, and hosted, as ever, by that cranky Yankee, Tony Chiotti. A full night of entertainment, still letting you out in time for a nightcap. And then who knows? 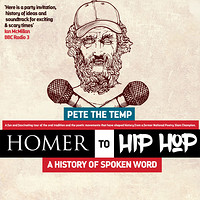 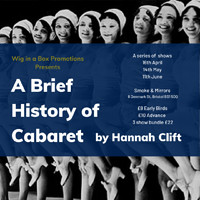 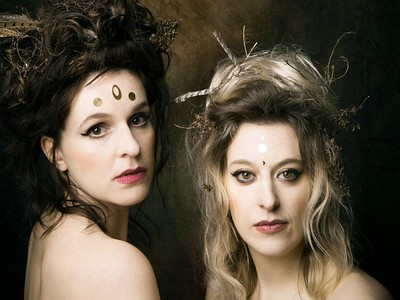