— The Den, Dockside
Bristol jazz lovers are in for a huge treat tonight as we've got internationally acclaimed jazz man Greg Foat and his amazing group!
time:20:00
price: Headfirst Tickets

Bristol jazz lovers are in for a huge treat tonight as we've got
international acclaimed jazz man Greg Foat and his amazing group doing their Bristol Debut, Touring his new album 'The Mage'

Tickets are £9 early bird, £12 normal, £14 on the door
And, you can stay on after the gig to check out DJ Jay L who will keep you dancing way into the early hours!

The band have been riding high on the success of their debut album Dark Is The Sun (2011) and proving once more that their label -legendary Jazzman Records - have their finger firmly on the pulse.
Critically acclaimed Dark Is The Sun was rated among the best jazz albums of 2011 in Gilles Peterson's Worldwide Awards and scored 5th in BBC's Worldwide Awards 2011, as well as being in the itunes top 10 jazz album chart, along with mentions in The NME.

The wildly talented pianist, composer and arranger Greg Foat, has
united some of today’s most gifted UK session musicians to form The
Greg Foat Group. Double bassist Phil Achille has most recently been
playing with Lionel Richie, while Foat and drummer Tony Coote have
joined together in sessions with industry heavyweights The JB’s and
Questlove.

Although the band has been informally jamming for years, today’s style
of The Greg Foat Group was conceived in 2009 and has since
collaborated with well-respected artists including Little Barrie of
Primal Scream and the UK award-winning jazz musician Matt Halsall.

The unique blend of atmospheric experimentation that the Group deliver
is made all the more distinctive by their inspired inclusion of
harpsichord, synthesizer, tubular bells and a 15-piece choir featured
within their records.

The Greg Foat Group’s 10” debut EP, released in 2010, sold out within
a day, while the follow-up limited edition LP quickly earned a
‘collector’s item’ status – currently fetching around £80 each after
selling out the thousand released in it’s first week. Aside from vinyl
sales Dark is the Sun charted in the Itunes top 10 jazz downloads and
is on its second cd pressing run.

Collaborating with producer Mattias Glava in Sweden, the Group
cultivated their profoundly creative soundtrack inspired compositions
using analog recording techniques to retain the purity of their sound.
Glava (known for his past work with Dungen and Soundtrack of Our
Lives) and The Greg Foat Group fused their location and origins to
create a unique blend of English and Swedish sound like no other
contemporary jazz band.

In February 2012 The GFG returned to Gothenburg to record their follow
up album "Girl And Robot With Flowers". Due for release in September,
again through Jazzman records, fans of the first album will not be
disappointed.


In the words of Jazz Meet – The Greg Foat Group are ‘soul jazz for the
21st century. 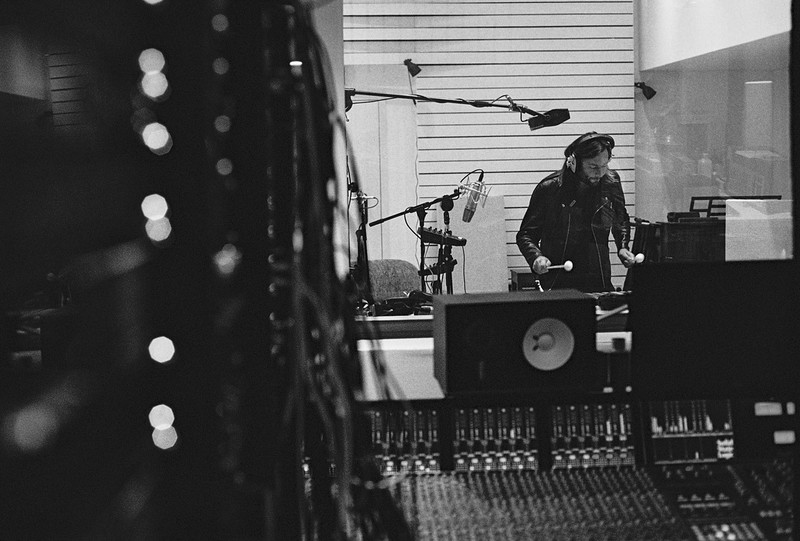 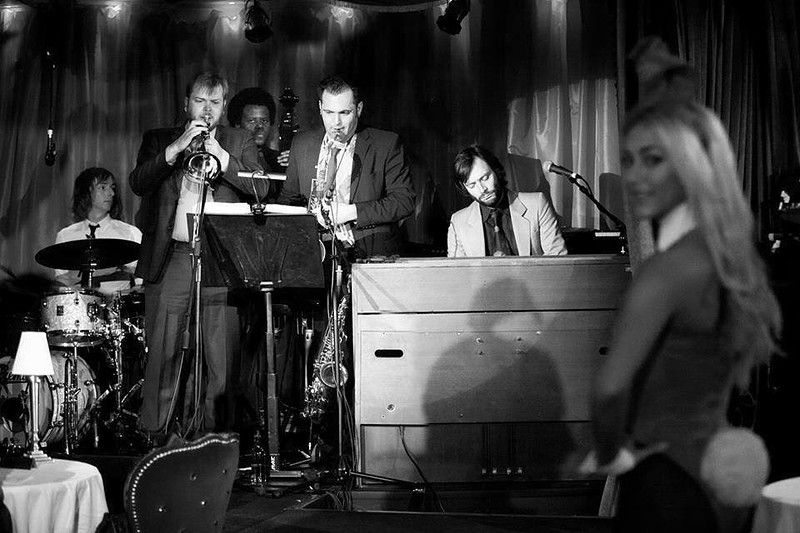 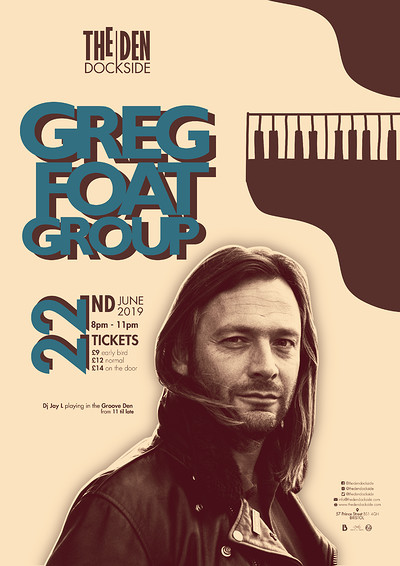