Join us in April to help celebrate our 4th Birthday with the legend Graham Gold! Graham smashed his set 2 years ago and it's and absolute pleasure to welcome him back to TL.

Graham needs no introduction for those of you that have been in the clubbing scene as long as some of us! LEGEND is a word frequently used by people when they talk about Graham Gold - one of the most influential and ground breaking Dj’s ever on London’s Kiss 100. Let’s also not forget he is one of the master minds behind the iconic night ‘Peach’.

Now living in Koh Phangan, Thailand-many say it’s S.E Asia’s Ibiza-his passion for the music remains as strong as ever. It’s here he made the transition back to house music, more especially melodic techno and only quality tech house. His recent releases on Souled, P&S Music, Krafted, Bequem, Jungle Funk, Moon Island, SJE and Endemic have shown his production strength.

He plays at many of the island’s parties including Guys Bar, Eden Garden, Loi Lay, Lighthouse and Hollystone while his weekly radio show, Esta La Musica which airs on various portals worldwide, gets over a quarter of a million listeners weekly. It generally enters the Top 10 on Mixcloud’s Progressive House-Deep House -Tech House chart most weeks where he has approaching 9000 followers. He is a 6 times B.P.I. (British Phonographic Institute) Gold certified artist having sold over 700,000 compilation albums and as a former Discover World trance artist, Graham played every major club and many festivals such as Glastonbury, Summadazye and Homelands in 150 cities across 40 countries. And let’s not forget the 8 consecutive years in the DJ Magazine Top 100 with 2 YEARS AS THE 22ND BEST DJ IN THE WORLD in a time when the poll actually meant something and wasn’t hyped by PR companies! As recently as 2013, he was number 83 in The Most Popular DJ’s Of All Time Chart.

As usual the night will be rounded off by FISHA, MERC, Greg Livingstone and Jay Dub ensuring our 4th Birthday will be a celebration of everything Trance from timeless classics, forgotten gems and recent big hitters!

So for those of you who aren’t able to catch Graham, & of course FISHA who debuts in The Steelyard’s main room at Peach on the 19th April, come join us at The Doghouse on the 27th April to celebrate our birthday in style. For those of you that are able to get too both events - lucky you! To see this legend 2 weeks in a row is a rarity these days.

We can't wait to celebrate with you next month!! 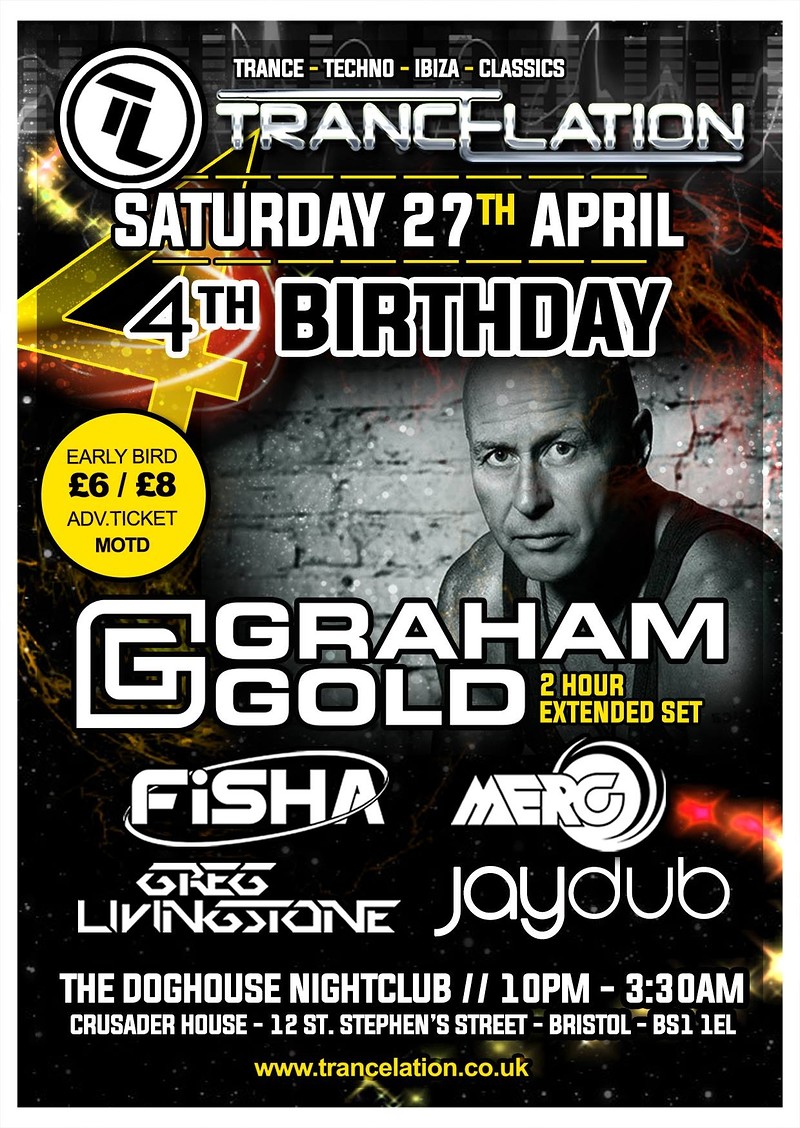 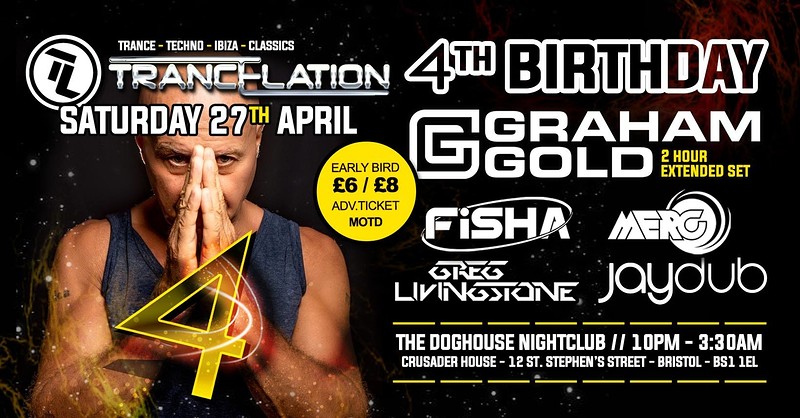 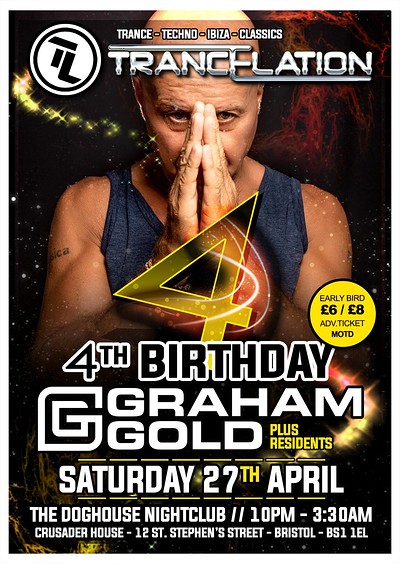