— The Forge
Mesadorm return to Bristol for an intimate performance showcasing songs from upcoming album 'Epicadus', where songs from their debut 'Hetero
time:20:00
price: Headfirst Tickets

You have probably already heard Blythe Pepino’s voice. By the end of 2016, she had released her major label debut as frontwoman of Vaults, sung on that year’s John Lewis Christmas ad and toured with London Grammar. Not one to compromise her artistic vision, in early 2017 she turned her back on the major label existence to pursue her penchant for the strange and leftfield with new band, Mesadorm. A band of experienced musicians, the quintet includes sought-after session players Daisy Palmer (Goldfrapp, Paloma Faith, Rae Morris) and Jo Silverston (Frank Turner, The Unthanks, The Magnetic North).

Moving back to Pepino’s roots as a leftfield genre-bending songwriter, Mesadorm draws influence from contemporary electronic passions like Caribou, Grizzly Bear and Sylvan Esso, as well as from great female songwriters Carole King, Joni Mitchell and Kate Bush. Their writing sits somewhere between the domestic observation of Suzanne Vega and the powerful, elemental other-worldliness of Bjork.

Throughout ‘Heterogaster’ (Babylegs Records, May 2018) listeners will find Pepino in happy harmony with producer Aaron Zahl, fleshing out her mellifluous world with stark electronic soundscapes. Palmer (Drums), Silverston (Cello) and Johnston (Bass) then add their specialised touch, resulting in a truly original sound. Musically, Mesadorm have a deep and assured connection that is surely apparent within ‘Heterogaster’, their extraordinary live performances, and in beautiful new acoustic offering ‘Epicadus’ (Babylegs Records, April 2019).

“Some of the most interesting music this year...” John Lewis, 2018’s Best Contemporary Albums, The Guardian)

"I love the sound of that… a beautiful record” - Huw Stephens, BBC Radio 1

“absolutely fantastic...one of the debut albums of the year, no question” - John Kennedy, Radio X

“I have the privilege of listening to a LOT of great new music, but the new Mesadorm album Heterogaster is quite remarkable." - Richard Pitt, BBC Introducing

“Mesadorm have that uncanny ability to find that perfect line between pop and experimentation. They achieve a rare and colourful psychedelic minimalism that is strikingly engaging.” - Folk Radio UK

“Heterogaster is a melting pot of heartfelt anguish and celebration, or shuddering electronica and tender instrumentation, that’s truly global in its scale and ambition. It’s also a careful balancing act of memorable hooks and leftfield themes that can only come from a band that consists of close friends as much as it does accomplished musicians. In short, it pops and it fizzes, it hurts and it soothes.” - Bristol live mag made Mesadorm their favourite band of 2018

“ The Joy It Joins Us Up is an utterly beautiful stripped-back, piano-led piece of music featuring the as-ever effortless and beguiling vocals of Blythe Pepino” - The Skinny 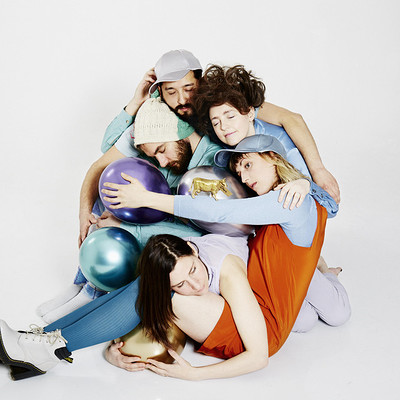