Cauda Pavonis (UK) : Forged in the heartlands of the UK at the end of the 20th century, CAUDA PAVONIS are an impressive tour de force of 18th century style and 21st century technology all wrapped up in anthemic and driving music. A unique mix of influences brought together to form a band that has endured. Infamous for their Darkwave Buccaneer/Steampunk imagery and theatrical performances.

The Spiritual Bat (IT) : The Spiritual Bat fluctuates between deathrock, gothic rock, postpunk and darkwave with a hint of psychedelia. Active since the early 90s, with its earlier incarnation known as Spiritual Bats (plural), The Spiritual Bat is an independent, self-produced band from Italy that has carried out five coast-to-coast tours in the USA, to date. TSB has performed at European festivals like WGT (Germany), Whitby Goth Weekend (UK), Return To The Batcave (PL), Gotham Sounds (Germany), Castle Party (PL).

Rain Children (UK) : Rain Children are a wide lens, cinematic expression of Gothic music, both contemporary and nostalgic. They combine classic song writing with a tension and drama that is uniquely their own. 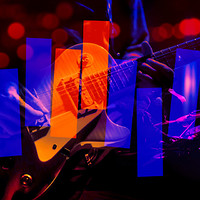 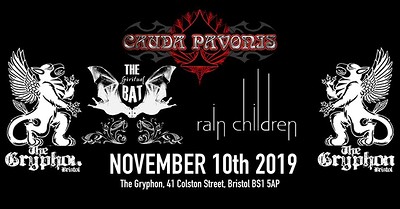