— The Island
For our first year (and a bit) birthday celebrations, we are bring a stacked line up to The Island for the 1st of May.
time:22:00
price: Headfirst Tickets

DJ Python aka Brian Pineyro has been making waves and taking names in New York City since 2016. Pineyro has demonstrated himself to be a masterful and versatile producer. Whether it is mutant reggaeton and techno, ambient or breakbeat, everything so far has been absolute gold.

His extended EP “Derretise“ on Dekmantel was met with critical exclaim and his debut album Dulce Compañia was placed in the top 100 Albums of the Decade by Crack Magazine.

Also on the bill is Wisdom Teeth co-head and UK bass-weight champ Facta. Drawing from a variety of UK influences, Facta has developed his own distinctive DJ style, combining dancefloor-centric tracks with introspective rhythms effortlessly.

Nottingham born producer Ido Plumes is a close friend of the Hyphen family. With his debut EP being released soon on one of the most revered UK Techno labels, he is definitely one to watch.

Warming up proceedings is Stout. Expect broken, spacey sounds from the Hyphen resident and founder. 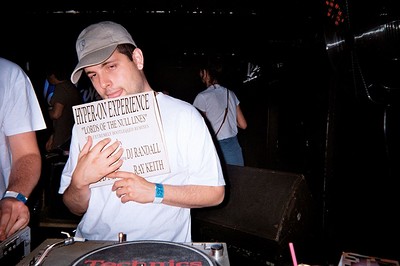