— The Loco Klub
It's time for the Christmas Slam!
time:19:00
price: Headfirst Tickets

Our headliner is Rosy Carrick!
Rosy has toured the UK and USA, and has performed at an extensive variety of venues ranging from Glastonbury festival, Bristol Old Vic, the Royal Albert Hall and one section of a three-man tent in a Brighton park. For seven years (until Dec 2015), she ran and compered the Brighton monthly performance poetry event Hammer & Tongue, described by the Guardian as having 'reinvented the medium for the hip hop generation'. Since 2007 she has also co-managed and compered the cult movie-themed cabaret club event Trailer Trash!

Our support act is Sam Grudgings!

Slammers are chosen at random from the sign-up list to perform – spoken word only, no music, no props. Each competitor has 3 minutes from the time they start talking on the mic. After 10 seconds’ grace period, they start losing points (1 point for every 10 seconds!). At the end, they’re given points out of 10 by 5 judges chosen from the audience, while the top and bottom scores are removed to ensure fairness. The slammer gets a score out of 30, and the competition moves on. 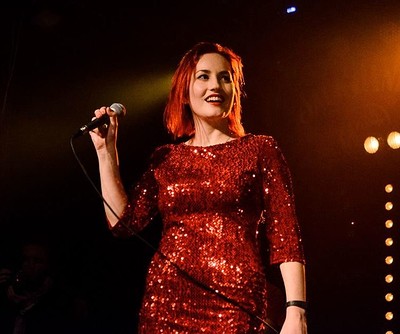