Wow! Those cheeky lil fuckers at Make Breakcore Gay Again have put something very special together to help you all cope with the oncoming winter and all it's uncertainties. The mighty Loco Klub have opened their tunnels, allowing us to bring together Bristol's best pair of hardcore rave nights - Erektronica are taking one tunnel, and Lemtek the other.

Loco is a performance space like no other, so to make Erekttek stand out in the sea of breaks and bass music nights that Bristol has to offer there will be live interactive entertainment from the Speaking of Witch Coven and Slimetime, so whether you want to dive into occult ritual just before Samhain or you'd rather chill out with the slugs and their ooze, either way this won't be the "normal Bristol party" you'd get down the Swan.......

Spread across the two tunnels will be a bunch of incredible artists, including:

TOECUTTER - the wonderful wrong-un who started off Erektronica's weirdness has agreed to come and play for us again. Last time there was live balloon music, aggressive strobes all up in your face, and a short presentation on pig farming, so fuck knows what'll happen at Erekttek. Management take no responsibility for lost toes.

SKITZAPHONIC - incredible layered production and breaks for days, we've been wanting to get this guy to play for a long time. Expect frantic core and ear drum bursting bass, alongside an introspective look into your own mental health displayed as an interpretive dance routine.

PANTS AND SOCKS - following in Erektronica's animated clothing tradition (we once had a living anorak play for us)(no really)(well it's hard to describe, you kinda had to be there) this set will be played by haunted underwear utilizing ghost fingers to make the buttons do the pee pee poo poo boop boop beep beep noises.

GHOST - a temporal anomaly who unwittingly locked himself in our dimension and is trying to escape. His music has been described as IDM breakcore, but it is actually his increasingly frantic attempts to return home. (Mobile phone use is strictly prohibited during this set as they can disrupt the temporal field, and you'll look a twat on your phone in the rave).

KREST THE BEST - once in a far off land, in a time beyond time three beings set out on a quest to rid the world of Colgate and logic. They were Half Pete, Strawbee and Twixie No-No, they are Krest, Krest the best, and the rest is history.

LEMON GIRL - Ah the incredible Lemon Girl, creator and maestro of Lemtek, zesty and full of pep and usually bringing cake. Rumours of a secret identity as an orange have been disproved, and the suggestion of three limes stacked in a hoody is clearly a vicious rumour. 100% lemon. Definitely. We think...

MIKI TAIKI - years ago a secret experiment was done to try to form a creature that combined being a man and a storm. A living force of chaotic energy coupled with the logic and sanity of a human outlook. This being grew up to be one of Miki's mates and he's actually a really top bloke with the stormiest grey eyes. Oh and he loves losing it dancing to Miki's individual flavour of intelligent electric core.

C3B - "Listen! Over there, coming from the rig! Is it tek? Is it core?" - this is a genuine quote from a raver/comic book enthusiast listening to C3B. It's a rhetorical question, as the answer is both. The real genius lies in how C3B blends the two, along with many other genres, into what'll be a guilty pleasure for some and raise the roof insanity for others.

GORESHIT - The product of a terrible accident when the factory's slurry pipe got diverted to the offal pie line, Goreshit is 100% gore. And shit. Good shit mind. Now the unstoppable human/meat amalgamation takes over dancefloors across the world, leaving behind bemused bodies and a trail of entrails. And shit.

and we also present, the B2B2B2B2B2B2B event of the decade:

RELAPSE - currently on the run for a crime that wasn't committed and definitely didn't involve nudity and politicians.

KRIS DEE - a time traveller from the gabba garage, in his future all bassline is 220bpm.

DJ SUCKS - a false identity assumed by DJ Actually Damn Good who needed a break from his fame.

[INSERT GORE] - without his telepathic connection to his home planet his powers have been able to grow unchecked and now our very existence is threatened.

CERVICAL SNARE - Normally someone's finger's need to touch you to get the kind of response that her fingers give you when they touch the decks.

SALANDER - The newest recruit in this gang of reprobates, known for stealing the show and looking damn good doing it.


Alongside live interactive performances from:
THE SPEAKING OF WITCH COVEN
and
SLIMETIME SLUGTOPIA 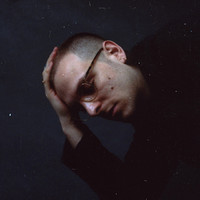 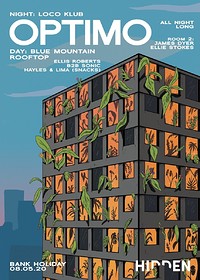