Hello, we are very excited about the line up for our next live show, its simply fantastic:

6 quid on the door, we have a 5 quid cheap list or its 5 quid advance ticket from loui site:
https://www.thelouisiana.net/events/2019-11-09-rauschenberg-the-louisiana

Rauschenberg's self-titled debut is a rock n' roll record you can dance to. The album features a collection of dream pop and garage songs along with longer spaced out motorik grooves.

Rauschenberg return following a line-up change with new material that continues to be highly melodic and danceable all delivered with the usual dark rock n roll world-view.

Video for It’s Our Time

The album draws motorik post-punk, psychedelic noise rock and muddy shoegaze vibes from the bands predecessors and processes the best parts into a full lengh trip. Think Spacemen 3, MC5, Ride or New Fads. It’s even possibleto catch the fleeting glimmer of Britpop hiding beneath the murky reverberations of ‘Ohio Wires’ The album does a great job of standing out amidst a veritable history of rock n roll.

Shoun Shoun
Shoun Shoun’s (Shoun rhymes with moon) expansive sound blends dream pop and garage rock with the urban ennui of Dietrich and the Velvets. The band's urgent grooves are laced with conspiratorial vocals and lysergic flurries of violin and synth.

After years of battling ferocious noise, Annette Berlin (Big Joan, Male, The Final Age) felt an uncontrollable urge to connect in a more intimate way. She called time on existing projects and wrote prolifically: songs of alienation, redemption and the emptiness at the end of the party.
Bringing the songs to dramatic life are musicians whose collective CV includes Bristol greats like The Moonflowers, Mooz, Patrick Duff and Chikinki.

Their debut EP was released January 2019 on Praise The Loud.
They won the Glastonbury FM songwriting competition 2019.

"Annette's songs evoke a Siouxsie and the Banshees feel, bringing back memories of Happy House and Hong Kong Garden, but with her own sublime guitar sound. Could Annette's songs reach such success? I would stick my steely Sheffield neck out and say yes, I feel that they can."
Musiceye.org

“... our radar had caught something good. To be honest, something very good.”
Soundgaze.gr

Hazel Winter, described by Q magazine as,” the West Country’s First Lady Of noirish guitar blues” and Louder Than War as,” a Lo-Fi version of PJ Harvey being intermittently possessed by the spirits of Victoria Wood and Ian Dury”, played guitar for The Blue Aeroplanes in the early 90’s and has since released a string of albums , produced numerous videos and published her first book of poetry ,” I’m Scared Of The Pig On The City Farm” in December 2018


When Gerard Starkie’s band Witness released their second album on Island Records in 2001, The Times newspaper described his vocals as ,” imbued with that nebulous quality of soul, fragile, sensitive and exuding a dignified stoicism doubtless borne of experience “. Starkie went on to release a solo album as well as recording two albums and touring extensively with The Blue Aeroplanes

Together as The Jesus Bolt, they are about to release their second EP , That Unwanted Present and are currently working on their debut album set due release in early 2020 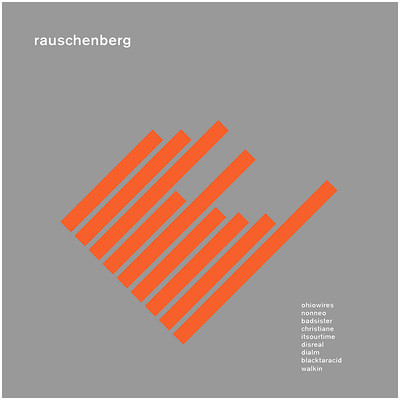