We Never Learned To Live // Plus Support

We Never Learned To Live // More To Be Announced

Four years on from their enthrallingly epic and ambitious debut, ​WE NEVER LEARNED TO LIVE​ are back in Bristol to showcasing their sophomore release ‘The Sleepwalk Transmissions’.

Supporting line-up to be announced.

We Never Learned To Live

Since their debut album the band have recorded a BBC Maida Vale session, toured the UK and Europe multiple times and taken in festivals such as ArcTanGent and Incubate, garnering acclaim and a loyal following. The time spent away and care to their craft has proved to be incredibly beneficial to the post-hardcore troupe, with all of their grandiose soundscapes intact and expanded upon with an explosion of dramatic urgency.

‘Permafrost’ ushers in the album with a sense of lucidity and transience, building from yearning guitar chords and vast drums, before introducing a colossal explosion akin to two worlds colliding. As far as setting a tone, the album’s first track is an all encompassing declaration that paints the following songs in vivid technicolours of contrasts.

Not too dissimilar from genre progenitors Hopesfall, Thursday and Deftones, the UK quintet’s sound presents an intoxicating dichotomy of the serene and the devastating. Cuts such as ‘Android Anaesthetist’ , ‘Luma / Non Luma’ and ‘Radio Silence’ solidify WNLTL’s small but stellar catalogue of stirring post-hardcore as soul speaking works of transcendental art.

Choosing to adopt a far leaner and more concise approach to their songwriting, there is an incredible urgency through the album’s 11 songs that still retains memorability. Familiar without a hint of playing it safe and emotive without being trite, ‘The Sleepwalk Transmissions’ is sure to captivate all those it comes into contact with. 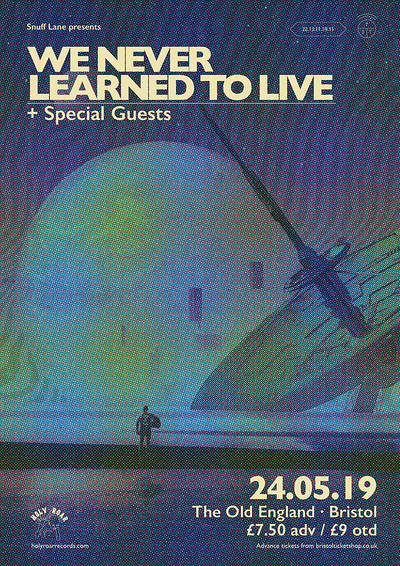