SNOG is a non-hierarchical multidisciplinary collective aiming to platform a wider demographic of people in the arts, throw safe, inclusive (and sometimes dumb) parties, bringing you banging radio and zines along the way.

We’re involved in a string of co-promoted events in the lead up to our official launch later in the year, starting with GFOTY's own GFOTYBUCKS.

CHEMA DIAZ
This hot Spanish sensation has been heating up dance floors around the world with his signature Cyber Latin Sexy Rave mixes. He’s also featured in COOL by GFOTY showing the world he is the New Gay Pitbull. 100% guaranteed your hips won’t lie when Chema Diaz is playing.

GFOTY (LIVE)
Gfoty is a state of ethereal bliss, she empowers you and you empower her. Empower each other on an empowering journey which will make you infinitely powerful and empowering

Ifeoluwa
Known for bringing the drama to the dancefloor with their searing selections, Ifeoluwa is a multitalented artist, writer, and DJ and founder of (the very wonderful) Intervention. Ifeoluwa’s sets encompass emo grime, pop and R&B club cuts, techno, post-punk and more and you can always expect them to bring the WAVIEST selections

SURATI
Born in Nightcore Mansion, #1 NXC icon Surati has been put on the earth to make songs go fast, and I mean really fast, like actually maybe too fast. She’ll literally play anything. Oh, and she’s really good.

Sarahsson (LIVE)
If you imagined the lovechild of Arca and Bjork then it still wouldn’t come close to the celestial brilliance and beauty of Sarahsson. Each of their performances is a unique, transcendental experience featuring lip sync, throat singing, trombone and decadent couture.

Hardcure (LIVE)
For centuries ancient tribes have been using Hardcore music to treat anger issues. Hardcure (GFOTY & Mitch Wade Cole) bring this practice to the masses with calming hardcore rhythms whilst screaming extremely positive chants down a microphone. It really is a surefire way to cure your thirst for blood.

Pet Bitch (SNOG)
With a love for all things kitsch and glitchy, Pet Bitch plays a hyper-cute selection of nightcore, trashy-pop, and hardcore gems. She made her debut at Illegal Data last year and ~fun fact~ is the first person EVER to get into Berghain wearing more than 2 colours. As a result of this, she actually has a room named after her there, called 'The Cloakroom'.

Candy HurtZz (SNOG)
Sugar rush bitch Candy HurtZz is the rowdy bubblegum party princess of your dreams. Last seen shelling down on the noise-rock bros of Triptych Festival with a cascade of donks, then weeks later lifting the 18y/o indie kids at Confidence Man to Pure Euphoric Nightcore Ascension™.

IN THE DAYTIME
We'll be hosting a series of seminars, workshops and conferences at The White Rabbit Bristol with GFOTYBUCKS -> more info soon

TICKETS
£6 early bird
£8 standard release
£10 on the door
£12 donation towards impending zine/low income list + a ticket
£6 low income list available, message the SNOG page for info if you need this

ACCESSIBILITY
Live room will be wheelchair accessible via portable ramp, gender neutral bathrooms will be made available on the night, one of which is wheelchair accesible with accompanyment. Please send any accessibility enquiries straight to the inbox and we'll do our best to help!

SAFETY
If anybody is making you feel uncomfortable, come straight to us, someone on the door, one of the acts, or bar staff.
We're expecting a good crowd though.
If you're going to come, have respect for the people around you and let them have fun!!!! 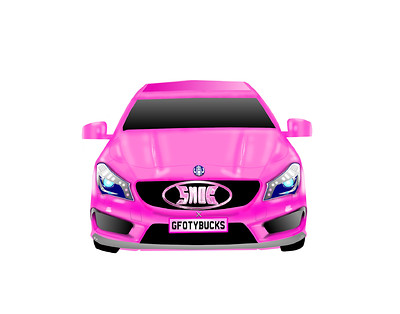