That Thing With Anna Morgan, Jon1st + many more

THAT THING in BRISTOL with ANNA MORGAN, JON1st + many more

For the 6th THAT THING party we've got a 2 stage party for you.
For the daytime section we're bringing Anna Morgan (Worst Behaviour Records/Footwork Jungle NYC) over for her UK debut. We've also got Leicesters bass driven answer to QBert, Jon1st making an appearance with support from Bristol based purveyor of the finest party bangers and 1/3 of team Hamchild Jonny Yeahhbuzz Hughes; the boys behind HALF-TIME // SLOW/FAST and 160 Lockdown, DJ JonCo & Goldman; Wigan's finest Mike 'Horza' Wilding plus up and comer Cache Monet and the illusive Frank Fluffer on warm up duties.

For the night section you'll be treated to an all vinyl ghettotech from from the legend that is Jonny Megabyte, our newest resident Samurai Breaks raving it up as only he can, Tony Loco. trying not to fuck it all up then some jungle from Upituprecords very own Jacques Malchance and That Thing resident and birthday boy Impurity to round things off.

ANNA MORGAN
(soundcloud.com/annamorgan_dj / https://www.mixcloud.com/anna-morgan/ / https://www.facebook.com/pg/AnnaMorganDJ)
Anna Morgan is a producer, DJ, label head, promoter and curator moving between NYC and LA.This Bronx native is a connoisseur of globally minded low-end frequencies exploring the junction of urban and tribal. She is a founder of the lauded multi-genre party HEAVY, and also founded the NYC based Worst Behavior Recs label and party series. Through her music and work she highlights urban diasporic stories while catering to dance enthusiasts, spanning a variety of aesthetics.

As a music producer and DJ Anna creates a fresh fusion of hybrid sounds informed by east coast club music and sound system culture. She brings a fresh perspective to music from her experience as a dancer and her urban Caribbean roots, infusing movement, freedom, and nostalgia through her unique sound.

2018 has been a big year of growth for the rising producer. She performed at top international festivals such as Outlook, Shambhala, Dirty Bird Camp Out, Bass Coast, Bamboo Bass, Bread & Butter, and Future Forest to name a few. She toured Europe, Russia, Canada and south Asia. In India she headlined a multi city festival tour with Ivy Lab. She completed a five city tour of major US cities Djing for Ferrari. The year will close with her opening Bassnectar’s lauded 360 NYE show featuring top acts Eprom and G Jones.

JON1ST
(soundcloud.com/jon1st / https://www.mixcloud.com/jon1st /
https://www.facebook.com/pg/DJJon1st)
Since his breakout win in the 2013 DMC World Online Championships, Jon1st has quickly built a reputation as a ‘DJ’s DJ’, not only proving himself as one of the world’s most diverse turntablists but also as an in demand club DJ, selector and producer, constantly breaking new music and effortlessly blending together influences across the alternative bass music spectrum, in particular passionately exploring the conversation between genres in the 160-170bpm landscape.

Alongside a busy touring schedule across Europe, North America and Asia, Jon’s sets have recently caught the attention of drum and bass/half time beats supergroup Ivy Lab, who have swiftly made him a resident at their 20/20LDN club nights in London and around Europe, and his studio mixes have been featured on established platforms such as Ninja Tune’s Solid Steel, Boiler Room, Rinse FM, DJ Mag, NTS, Kutmah’s Sketchbook Radio, Sherelle’s Represent show, Serato’s Seratocast, Noisey, Hyponik, Booms & Claps and DJsounds.

In addition, his interest in live performance within electronic music has seen him work with a number of artists, most notably Beardyman in his Dreamteam improvisation band and most recently fellow 20/20 artist, Shield, with whom he has developed an ongoing production and live show collaborative project, which the pair have been touring extensively for the early part of 2019. He has also used his turntablist skill set to perform official scratch refixes of household names such as Ivy Lab, Alix Perez, Om Unit, Halogenix, Moresounds, Kabuki, NameBrandSound, DJ Vadim and Sam Binga as well as record scratches for releases by JD Reid, Mosca, Silent Dust & Kaelin Ellis and Savvy.

Head honcho of Bow Legged Hoes imprint, Jonny has been putting out tracks in the ghettotech / juke / footwork realm since 2007 with releases on such esteemed labels as Databass, JBW, Juke Trax, Philthtrax, Wide and 6 in the Morning.

His most recent release, for Good Street, sees Detroit Ghettotech and Chicago Footwork meet UK Bass in an amalgamation of styles and sound, featuring Six Foe, the Ghettotech legend who collab'd with DJ Godfather and Mr De' back in the early 2000s. Six Foe's distinct vocal talent brings an engaging, human feel to the tracks.

JACQUES MALCHANCE
(http://www.jacquesmalchance.com /
soundcloud.com/jacquesmalchance /
https://mixcloud.com/JacquesMalchance/)
After founding Upitup in Rome, Jacques was the label’s original import to the UK in 2005, soon establishing himself as a local favourite and starting the now legendary Upitup nights. He is a busy DJ and his own musical output is impossible to pin down, from massive techno support slots (Luke Vibert, Jimmy Edgar, Shigeto, LONE, Helena Hauff, Perc & Truss, Blawan) to classical piano recitals (Erik Satie, Claude Debussy and Modest Mussorgsky) and “prog-organ-disco” parties. He has also toured extensively with bands across Europe and Russia, Scandinavia and the Balkans. He was also the first artist to press a 12” on Upitup (Union Jacques - Dub Pets).

Event photos for That Thing With Anna Morgan, Jon1st + many more: 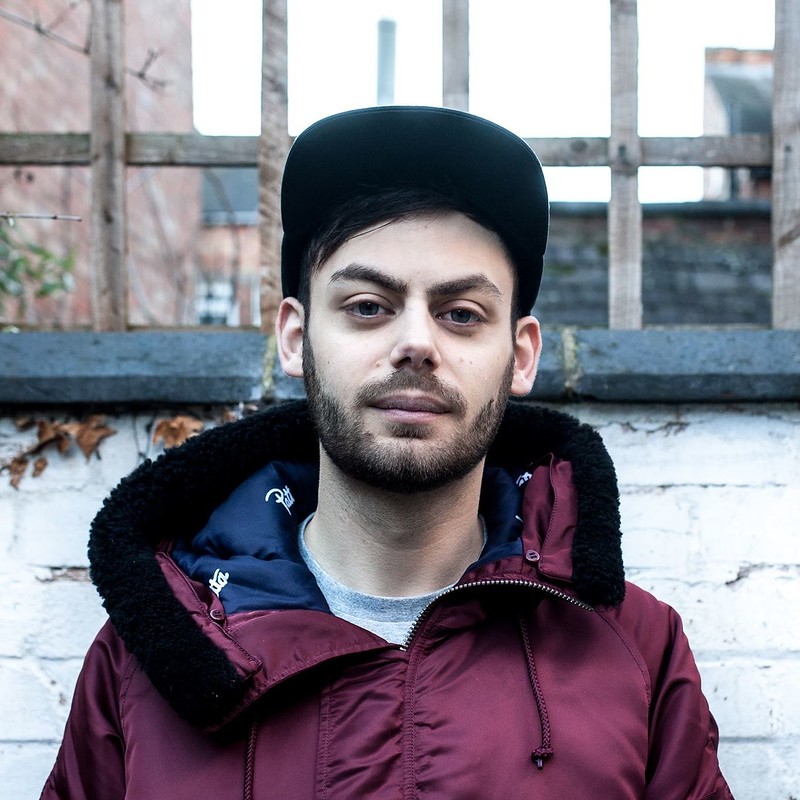 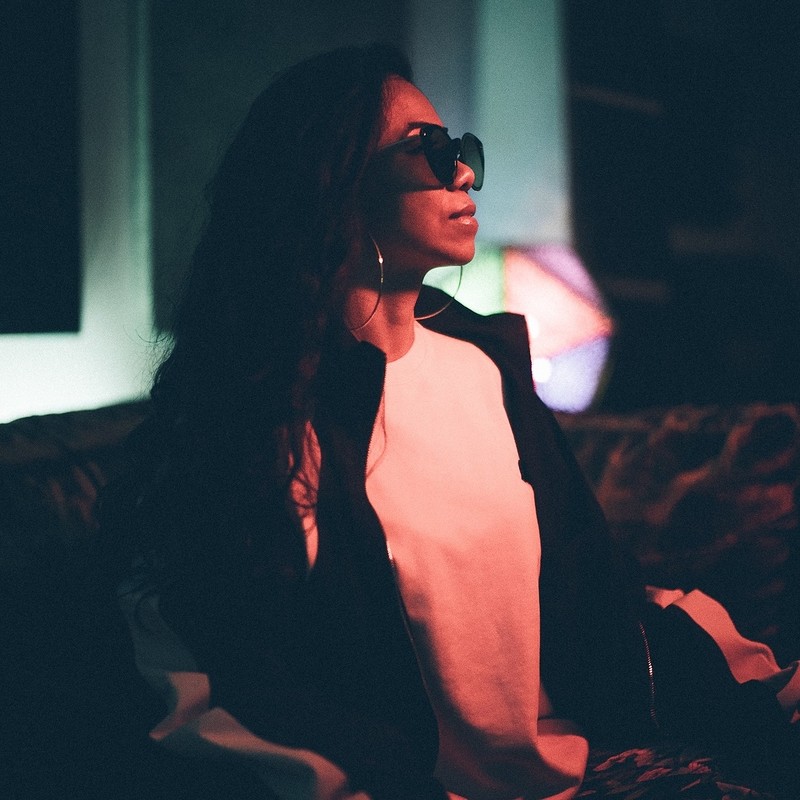 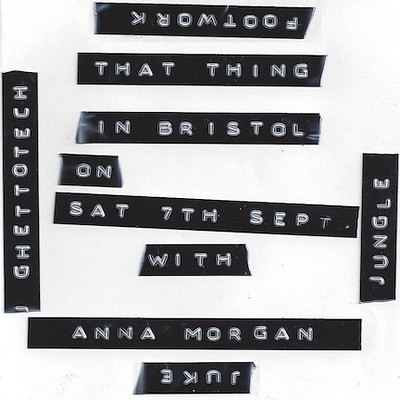