SKIP CURTIS
Growing up in the Valley’s, Skip found escapism in writing music.
“I never wanted music to be a way of physically escaping the Valleys. I love them. It was about escaping the stereotype. I was always trying to do something different; playing music and writing songs became my answer. They were and still are, my satisfaction.”
His ambition was to originally write songs for other people, which circumstantially led to him becoming one third of Welsh haze-pop band XY&O.
He now writes songs as a solo performer, in a band and also for other artists. 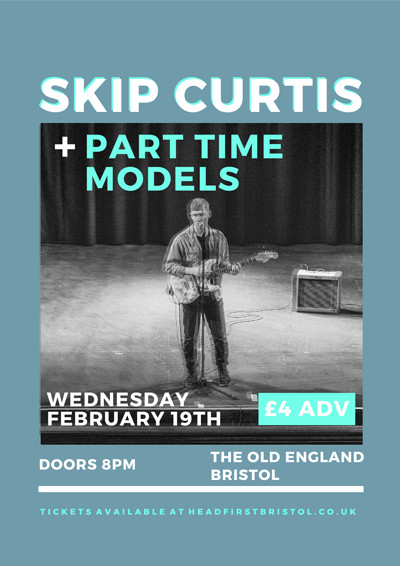