Dele Sosimi, the UK's multiple award-winning Afrobeat Ambassador has been consistently flying the Afrobeat flag in the UK since 1995, leading to roles as Musical Director and Afrobeat Music Consultant for the US award winning acclaimed musical FELA! at the National Theatre, South Bank in London (2010-2011).

His “Afrobeat Vibration”, now in its fifth year, is London’s top underground event. Dele’s Afrobeat pedigree is impeccable. He was keys player and a musical director in Fela Kuti’s Egypt 80 and subsequently with Fela’s son Co founding & leading Femi Kuti’s Positive Force. Dele’s pulsating live shows demonstrate his vision of Afrobeat - one that is faithful to the original blueprint, but also clearly bears Dele’s own DNA, expanding the horizons of the genre.

He is one of the most active musicians on the Afrobeat scene, with his involvement with other artists and his work on his own critically acclaimed compositions spawning several remixes. 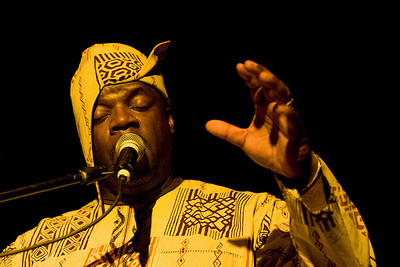