With his stirring voice, wailing harmonica, and fingerpicking guitar, Robert Jackson is a travelling singer-songwriter from Lichfield, West Midlands. He delivers an infectious sound that pays tribute to the piedmont blues of Appalachia, merged with the more contemporary stylings of Bob Dylan and Rory Gallagher.

Better known for his work with the transatlantic duo ‘A Different Thread’, Jackson’s toe-tapping blend of folk, country, and americana has enthralled audiences from Berlin to New Orleans and gained the attention of both BBC and NPR radio. A poet and traveller at heart, Jackson’s though-provoking lyrics deal with romance, reckoning, and life on the open road.

Prohibition is Every Friday! 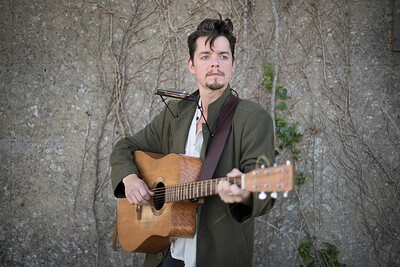