It’s been a long while since Time Out Comedy Award winner and double Edinburgh Comedy Award nominee Mike Wozniak last performed with us. Since then he has, amongst many other projects, written and starred alongside Greg Davies in four series of Man Down and appeared in his first feature film - Alice Lowe’s Prevenge. It’s a delight to welcome Mike back to the Chuckle Busters stage!

“Wozniak is bang on the money” ★★★★ Telegraph

"A slick, confident performer, holding the room through his assured charm" ★★★★ Chortle

Phil Jerrod began his stand-up career underneath an Angus Steakhouse in 2012. Since then he has failed his PhD, walked out of his job in publishing and been entertaining audiences up and down the country with his elegant rants on the often unfathomable problems of modern life.

His innovative stream-of-consciousness style, inspired by a harsh upbringing in the cruel and unforgiving conditions of middle-class rural Warwickshire, has seen him perform in clubs, arts centres and theatres all across the UK and helped build his reputation as having grown one of the largest beards in stand-up comedy. 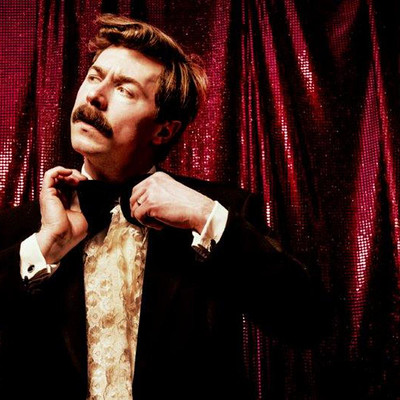