Tiny Chapter ‘For How Long Have We Been Asleep?’

Please Note this is a 9.30pm Start after the earlier Theatre Show...

'Tiny Chapter is the alias of Bristol based composer, vocalist and multi-instrumentalist Alun Elliott-Williams. Having developed a reputation for himself as the virtuoso guitarist and pedalboard brain-box of heavy electronic outfit Waldo’s Gift, Tiny Chapter made waves with his debut vocal performance in ‘The Gift’: a collaboration with south-west heavyweights Ishmael Ensemble on their 2021 album Vision of Light. This collaboration garnered widespread acclaim including support from BBC 6music figures Tom Ravenscroft and Lauren Laverne as well as joining the B-list playlist for September-October 2021.

The name Tiny Chapter has its origins in a childhood nickname he earned from his late father; befitting the debut EP ‘For How Long Have We Been Asleep?’ as both a lyrical exploration of grief and a synthesis of his deep-rooted love affairs with ambient, electronic and western art music. Although the creative and conceptual foundation of the EP stems from the imagination of Tiny Chapter himself, the final product resulted from the artistic input of two more individuals: producer and multi-instrumentalist Rob Pemberton (The Staves, Maja Lena, Rachael Dadd) and string arranger Harry Fausing Smith (Tom Misch, Lissie, Chloe Foy). These two artists worked closely with Tiny Chapter to actualise his vision of a sound world crafted within the framework of song-form yet richly imbued with the language of his mentors: from the soundscapes of Stars Of The Lid to the harmonic enchantments of Claude Debussy.

The live incarnation sees Tiny Chapter and Rob Pemberton augmented by composer and multi-instrumentalist Chris Hyson (Snowpoet, Jordan Rakei) whose creative capacities deepen and enliven the cinematic storytelling of Tiny Chapter’s music. Nestled in the kaleidoscopic sound-world these three individuals create are the words of Tiny Chapter which speak on the nature of loss, the importance of self-knowledge and the tragic vulnerability of the human predicament. The EP drops on 3rd December 2021 on Severn Songs Records.'

Plus DJ set before and after by Pete Cunningham (Ishmael Ensemble) 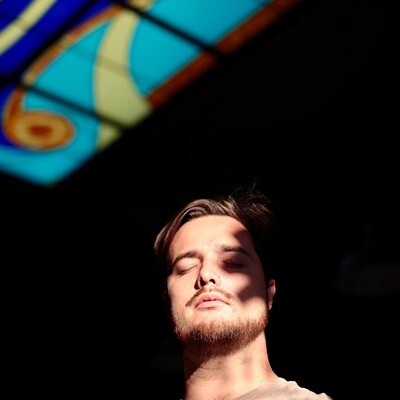