— The Wardrobe Theatre
A face-achingly funny night of alternative comedy where anything can happen and quite often does
time:19:00
price: Pay what you decide on the night

Previous Nincompoops have included a man pouring a can of spaghetti hoops over his head, a biscuit eating competition (a dog in the audience won), and incredible circus and acrobatics from a man with a broken leg.

Prepare to let your nincompoop loose as we get ready for an unpredictable and side-splitting night from the South West’s funniest and bravest people – and remember, sometimes the worst ideas are the best ones of all!

“A ridiculously funny night, I laughed so much I’ve got a six pack!” Audience reaction

“Britain’s Got Talent meets Monty Python; you never know what you’re going to get next!” Audience Reaction

Join us for some Sunday evening shenanigans & fun.
"Pay What you Decide" on the night. 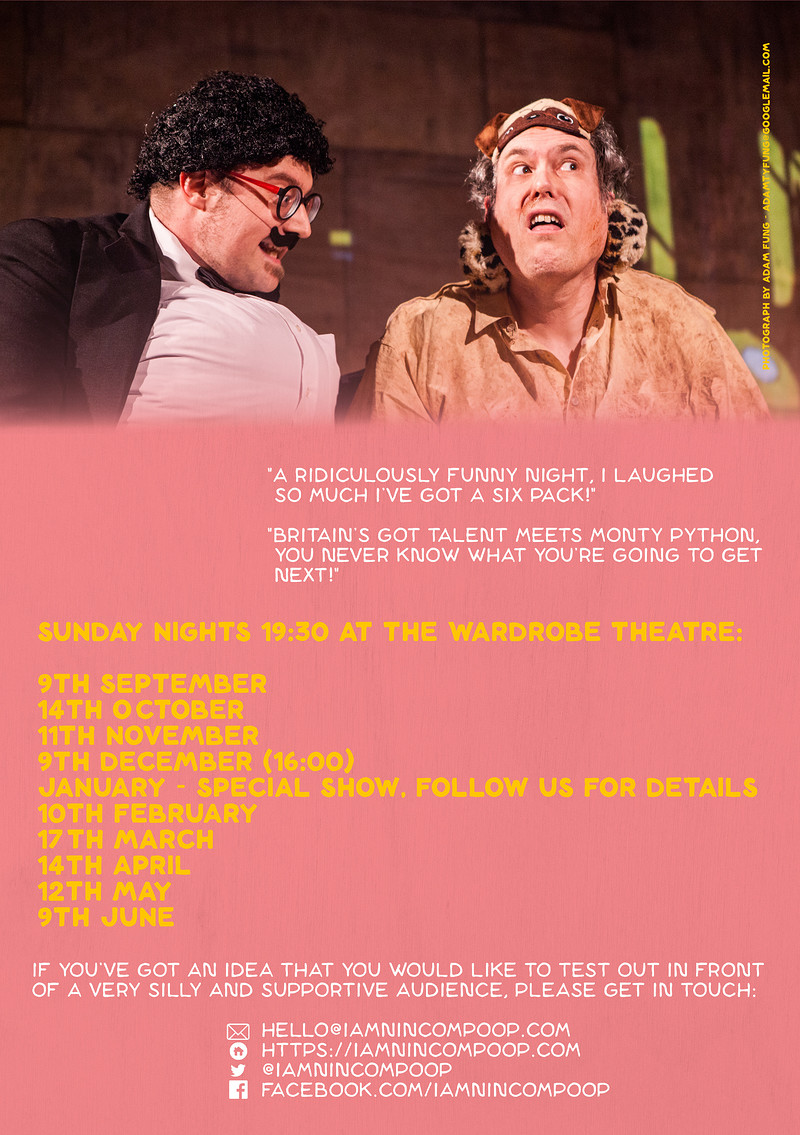 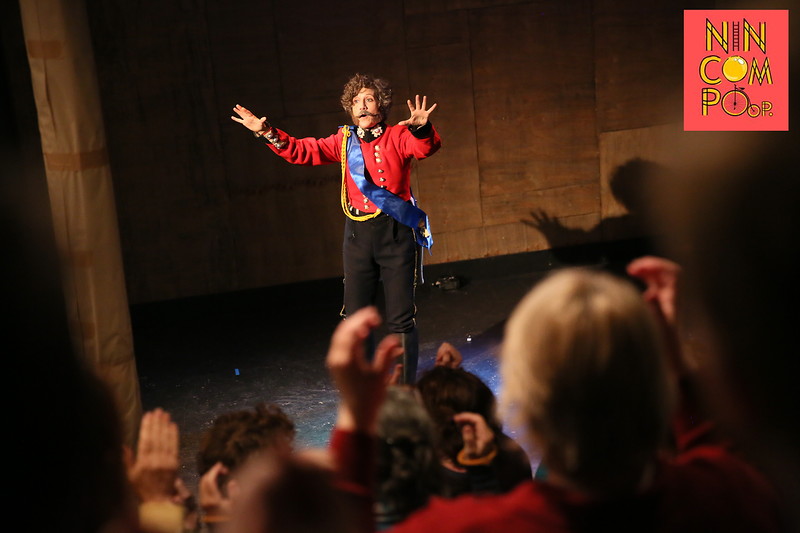 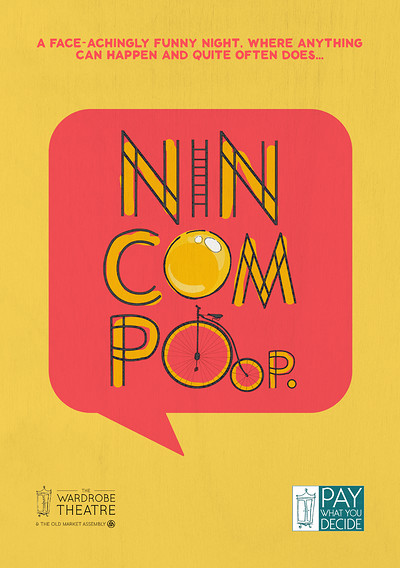