Still a slave to dairy, the Gregorian calendar and Greenwich Mean Time, he is flesh and blood after all. A funny man, not for everyone of course, but remember this mustn’t be mistaken as an invite rather a heads up.

Based on the theory that the most interesting places on maps are the empty spaces, John has booked a tour, stopping by at some places that look like people share hot water bottles with their landlords. The show implores you to learn lessons from your ceiling and realise Fred Astaire actually knew very well what he was doing.

“Kearns’ feat of making the surreal seem so accessible is terrifyingly brilliant, in an hour of magnificent bafflement” ★★★★★ The Skinny

“Kearns could be your new king of comedy” ★★★★★ The Evening Standard

“A distant, absurdist cousin of Tony Hancock… one of the oddest and most original comic performers on the Fringe” ★★★★ The Daily Telegraph

“A supreme stand up - richly idiosynchratic comedy” ★★★★ The Guardian 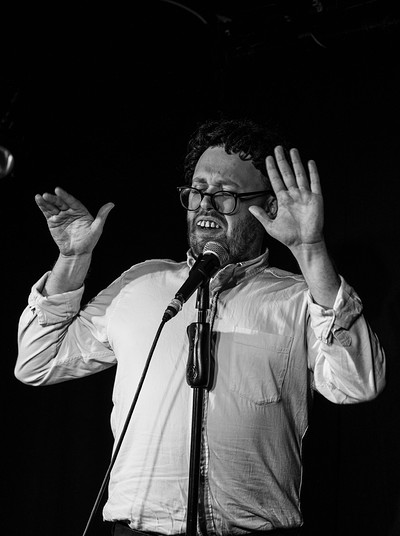