— The Wardrobe Theatre
Sailing Stones (the moniker of Irish/ Swedish songwriter Jenny Lindfors) embarks on a nationwide tour this Spring with her band to mark the
time:20:00
price: Tickets Below

Sailing Stones (the moniker of Irish/ Swedish songwriter Jenny Lindfors) embarks on a nationwide tour this Spring with her band to mark the release of her debut album “Polymnia”. Lindfors’ personal, epic songwriting would sit well alongside Marissa Nadler, Weyes Blood and Julia Holter in any good record collection. But in comparison to these songwriters, Lindfors’ songwriting captures acutely a nocturnal American expanse. At times, Polymnia also draws rich textures from the late 1980s FM radio Lindfors listened to as a child.

Bristol indie rock outlander Robi Mitch offers Our Year, his first release as a solo artist. The songs draw influence from '70s British psychedelia and the breezy indie pop of Taiwan, where Robi previously worked as a session musician. All 4 tracks are warmly nostalgic and tinged with melancholy, philosophically exploring the conditions of modern life within the cosiness of Robi's lo-fi production and laid back vocals. Robi was born in Bristol where he had a folk music upbringing and later fronted garage rock and post-punk bands. His style has been compared to Cass McCombs and Beck amongst others. 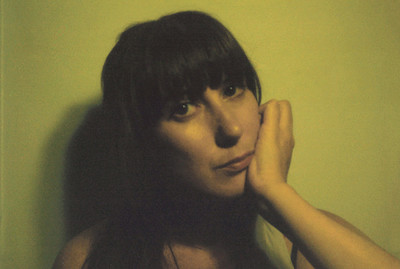