Bristol dreamscape pioneers Ålesund are exited to be releasing their second EP and celebrating the launch of the lead single All Hail To Your Queen. The EP has been produced by Jake Bright with whom they also worked on their first EP Shift & Flux, which received great praise. The band have developed their sound to merge the atmospherics with more punchy and up tempo drum beats and percussion, however their immersive sound; intricate guitar work; and soaring vocals, still underpin Ålesund's cinematic soundscapes. Their music has been greatly received by fans and critics over the past year. After a busy time of studio work, a summer of festivals, a string of sell out shows, their first UK tour and a plays on BBC Bristol, BBC Introducing and a stream of regional radio shows they are now excited to be sharing EP number two with the world. Flawless production, exquisite vocal range and graceful atmospherics...‘Shift & Flux’ might very well be the best song we’ve listened to this year. - Tap the Feed Haunting cinematics, total musical immersion and a beautifully Nordic twist; that’s the tour-de-force of Bristol four-piece Ålesund... - Born Music Online

What is ‘healing music’? - “It’s the opposite of escapism,” says Garcia, a Bristol-based multi-instrumentalist. Garcia has recently announced his single ‘Higher’, kicking off the ‘healing music’ project in response to the world’s need to reconnect. The recently released single explores issues concerning mental wellbeing and self-care. The sound explodes with deep kicks, heartfelt vocals, warm pianos and electronic arpeggiators, but its message is simple - everyone deserves happiness. The single is one of six to be released over the next nine months, each drawing attention to a different subject necessary to explore in order to bring us closer together.

Inspired by the examples of Bon Iver, Aurora and London Grammar, to name a few, Garcia fuses the melancholic with the uplifting, and pushes the boundaries on how musicians can affect social change. By collaborating with other artists, mindfulness instructors, spoken word artists, visual experience designers, psychologists, dancers and non-for-profits, Garcia is looking to create experiences that cannot be replicated digitally, and that inspire us to feel better. 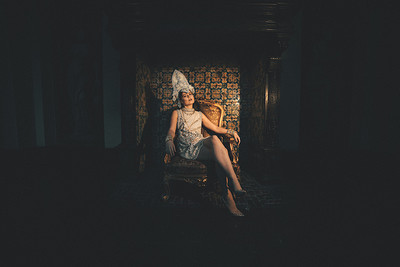