— The Wardrobe Theatre
As a child, George Rigden was friends with Uri Geller for two years. This is the bizarre but true story of that friendship.
time:20:00
price: Headfirst Tickets

As a child, George Rigden (Leicester Mercury Comedian of the year nominee 2017) was friends with Uri Geller for two years. This is the bizarre but true story of that friendship.

In the wake of Operation Yewtree and the #MeToo movement, this is a tale that is as relevant as it is profitable (TBC). A true story about friendship, autographs and cutlery.

As heard on BBC Radio 2 and BBC Radio 4. As seen on BBC One, BBC Two and BBC Four.

“Spooning With Uri is stranger than fiction, a bizarre tale that's disturbing and a little bit heart-breaking, but very funny indeed” ★★★★ The List

“George Rigden has a remarkable tale to share, not least because it continues to develop by the act of him sharing it..as origin stories go, Spooning with Uri is an absolute mind-bender” Chortle 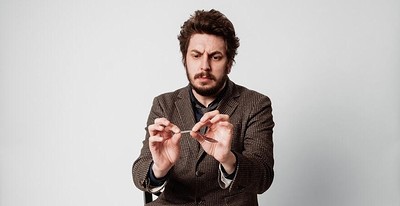