WE ARE CULT: BRISTOL MEET

Remember hiding behind the sofa for Doctor Who, being traumatised by Ghostwatch, going treasure-hunting with the Famous Five and learning to ‘Look and Read’ with Wordy, following the antics of Lovejoy and friends or laughing with 2point4children, End of Part One, Whoops Apocalypse and Red Dwarf? More recently, you’ve probably enjoyed the Philomena Cunk specials and the best-selling and hugely popular Ladybird Books for Grown-Ups series! If so, We Are Cult‘s debut convention, its BRISTOL MEET is the event for you!

THE REVIEW OF DEATH on Season 26

Join popular Doctor Who vloggers The Review of Death, aka Matthew Toffolo and Billy Garratt-John, on a whirlwind retrospective of Doctor Who’s last “Classic” season, which turns 30 this year!

Chris Chapman is an award-winning documentary-maker and writer who currently works on the BBC’s Doctor Who Blu-Ray range, as well as penning adventures for Big Finish. Chris shall be chatting all things Who – Blu-Ray, DVD and Big Finish – with exclusive clips too!

Stephen Volk is probably best known as the BAFTA-winning writer of the notorious Ghostwatch, which spooked the nation and was recently voted one of the top British horror films of all time. Stephen will be in conversation with freelance writer and editor Will Salmon (SFX, Total Film, The Quietus, Digital Spy, Star Wars Insider, Clash).

There’ll be an hour long break, where you can hang out with other guests, suss out new merch fromCardiff’s Candy Jar Books, and take part in a pop-up board games table.

Illustrator Sophie Iles’ work has appeared in Doctor Who Magazine. Soph has recently curated her own charity fanthology Mild Curiosities, about Doctor Who companions Ian Chesterton and Barbara Wright, in memory of Jacqueline Hill with all the proceeds going to Breast Cancer Now.

Award-winning publisher Candy Jar Books are the independent publisher of the popular Lethbridge-Stewart series. Writers Nick Walters and Andy Frankham-Allen will be present!

Andrew Marshall is the writer of 2point4children, Dad, Health & Efficiency and Strange for the BBC; and a co-writer of Whoops Apocalypse, The Burkiss Way, Alexei Sayle’s Stuff and End of Part One. Comedy writer, TV producer Rob Grant is the co-creator of Red Dwarf and was head writer of Spitting Image. They will be discussing all this and their BBC Radio 4 series The Quanderhorn Xperimentations.

The panel is chaired by Jem Roberts, the official chronicler of I’m Sorry I Haven’t a Clue, Blackadder, Douglas Adams and Fry & Laurie! Jem’s work has appeared in publications as diverse as The Guardian, Rolling Stone, SFX, Total Film and many more.

Gary Russell is best known for his involvement in Doctor Who in various media, but we won’t be talking about any of that! In this chat with Anthony Townsend, Gary will be discussing his time in 1978 television series The Famous Five, and the fondly remembered Look & Read mini-drama Dark Towers. Interviewer Anthony Townsend recently played two roles in the Big Finish audio, Doctor Who: Iron Bright; and appeared in the Audio Visuals Doctor Who plays Truman’s Excellent Adventure and Justyce and the fan video project Devious.

Joel Morris & Jason Hazeley are among Britain’s busiest comedy writers. As well as co-writing the Philomena Cunk specials in which Diane Morgan plays documentary presenter Philomena Cunk, they also created the best-selling and hugely popular Ladybird Books for Grown-Ups series. In Short Stories: Big laughs in small spaces, they will be talking about the art of making jokes in the shortest space possible (one liners, twitter, their Ladybird books, Cunk specials, etc) and how to get depth and character and gags into small gaps.

The finest, funniest stories of England, Scotland & Wales, refreshed for the 21st century. By Brother Bernard, as told to Jem Roberts. 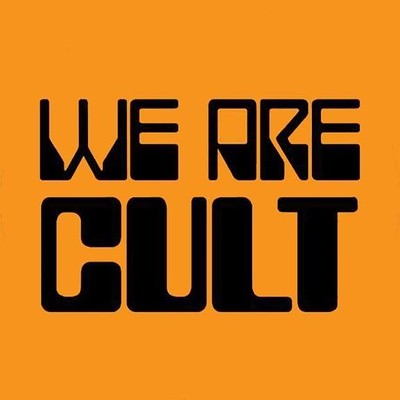