Prohibition World: Who's Winning the War on Drugs?

Danny Kushlick was the founder of the Transform Drug Policy Foundation and spent 25 years spearheading their campaign to end the global drug war and replace it with a system of legal regulation.

In this talk, Danny will discuss the strategy that Transform employed to bring about reform and the positive impacts it had. He will also discuss why he believes that the drug war is so resilient. In his view, the global prohibition was never intended to serve citizens, but the drug war is now an integral part of geopolitics. He believes that systemic change is required in order to achieve a peaceful relationship with those who produce, supply and use the ‘wrong’ drugs.

He will also explore the bigger picture – to encourage us to view the drug war, and opportunities for change, through the eyes of the state, business and citizen. Finally, he will delve into ideas around what kind of systemic change would not only end the global drug war but potentially bring about what he calls global human thriving.

Danny founded Transform in 1994, after working as a drug counsellor in the criminal justice system. His experience of working with individuals whose offending related to their substance misuse led him to the conclusion that the drug war wasn’t the solution for these people, it was the problem. Their criminalisation and stigmatisation, together with the people who produced and supplied their drugs were adding to their trauma and reducing their opportunities to build better lives.

Transform was one of the first organisations in the world to campaign for the legalisation and regulation of all drugs. Based in Bristol, it is now one of the foremost international drug policy reform outfits. Danny is an internationally recognised speaker and policy analyst. 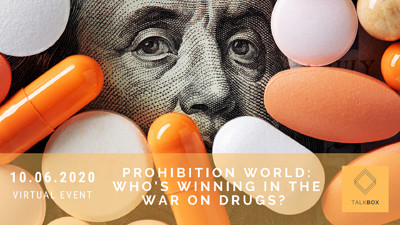