Live and DJ music from across the globe.
Food and drink
Rides and funfair
Climbing adventures
Stalls/Traders
Car Wash

Playing everything from Samba to traditional West/Southern African music to Roots Reggae to Balkan (knees up) wedding music and everything in between! This is certainly a lineup that will offer a unique experience and education into music that is less commonly heard on the festival circuit.

Bringing the community together after the pandemic.
Supporting local talent and small businesses 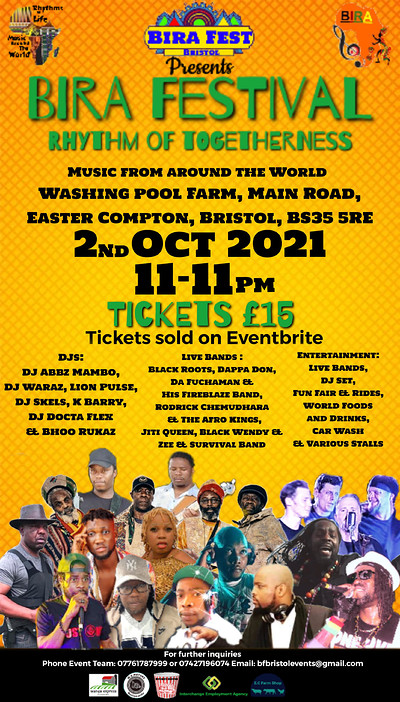