Anthony Anaxagorou -After the Formalities | Launch

After the Formalities has been described by Akala as 'A poet at the peak of his powers', and by Danez Smith as 'A supreme collection...wise and weathered - totally new'.

Books available on the night.

A knife is pulled. An Uber driver is racially abused on the day of the Brexit referendum. A father bathes his son in ice water. A schoolboy drives a drawing pin into a map of the world. The threat of violence is never far away in Anthony Anaxagorou's breakthrough collection After the Formalities. Technically achieved, emotionally transformative and razor-sharp, these are poems that confront and contradict; poems in which the scholarly synthesises with the streetwise, and global histories are told through the lens of one family. Anaxagorou 'speaks against the darkness', tracking the male body under pressure from political and historical forces, and celebrates the precarious joy of parenthood. The title poem is a meditation on racism and race science that draws on the poet's Cypriot heritage and is as uncomfortable as it is virtuosic. Elsewhere, in a sequence of prose poems that shimmer with lyric grace, he writes, 'I'm your father & the only person keeping you alive'.

Anthony Anaxagorou is a British-born Cypriot poet, fiction writer, essayist, publisher and poetry educator. His poetry and fiction have appeared on BBC Newsnight, BBC Radio 4, ITV, Vice UK, Channel 4 and Sky Arts, and have been published in POETRY, The Poetry Review, Poetry London, Granta, The Rialto, Oxford Poetry, Wildness and The Feminist Review. In 2015 he won the Groucho Maverick Award and was shortlisted for the Hospital Club’s H-100 Award for most influential people in writing and publishing. In 2019 he was made an honorary fellow of the University of Roehampton. He has toured extensively in Europe and Australia. Anthony is artistic director of Out-Spoken, a monthly poetry and music night held at London’s Southbank Centre, and publisher of Out-Spoken Press.

Nikesh Shukla is a novelist and screenwriter.
He is the author of Coconut Unlimited (shortlisted for the Costa First Novel Award), Meatspace and the critically acclaimed The One Who Wrote Destiny. Nikesh is a contributing editor to the Observer Magazine and was previously their columnist. Nikesh is the editor of the bestselling essay collection, The Good Immigrant, which won the reader's choice at the Books Are My Bag Awards. He co-edited The Good Immigrant USA with Chimene Suleyman. He is the author of two YA novels, Run Riot and The Boxer. Nikesh was one of Time Magazine’s cultural leaders, Foreign Policy magazine's 100 Global Thinkers and The Bookseller's 100 most influential people in publishing in 2016 and in 2017. He is the co-founder of the literary journal, The Good Journal and The Good Literary Agency. Nikesh is a fellow of the Royal Society Of Literature and a member of the Folio Academy. 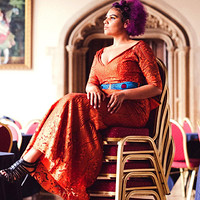 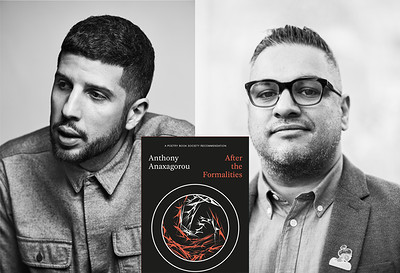