An evening of poetry readings from radical UK voices, including Penguin published writer and winner of the 2019 Forward Prize.

STEPHEN SEXTON lives in Belfast. His poems have appeared in Granta, POETRY, and Best British Poetry 2015. His pamphlet, Oils, was the Poetry Book Society's Winter Pamphlet Choice. He was the winner of the 2016 National Poetry Competition, the recipient of an ACES award from the Arts Council of Northern Ireland, and was awarded an Eric Gregory Award in 2018. In 2019, he won the Forward Prize for Best First Collection.

GBOYEGA ODUBANJO is a British-Nigerian poet born and raised in East London. In 2018 he completed an MA in Poetry at the University of East Anglia. Gboyega's pamphlet While I Yet Live was published by Bad Betty and named one of the Poetry School Books of 2018. He is a member of the Barbican Young Poets, the Roundhouse Poetry Collective, and (In)Space.

CHARLOTTE GEATER lives in Walthamstow. She is a freelance editor and writer, and volunteers at a community library. Her poetry has appeared in Queen Mob’s Tea House, The White Review, Clinic and The Best British Poetry 2013. She won The White Review Poet’s Prize in 2018. She has published two pamphlets: poems for my FBI agent (Bad Betty) and against my own feelings (If a Leaf Falls Press)

JAKE WILD HALL is one half of Bad Betty Press, the host of Boomerang Club and winner of the PBH 2016 Spirit Of The Free Fringe Award. He has performed on BBC Radio and at festivals and literary events across the UK. He is the author of two pamphlets, Blank and Solomon’s World—longlisted for Best Pamphlet in the 2018 Saboteur Awards. He co-edited anthologies The Dizziness of Freedom and Alter Egos. 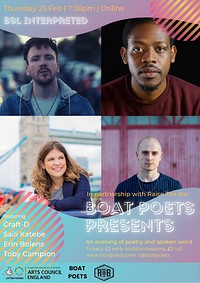 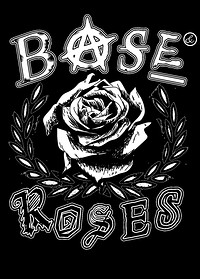 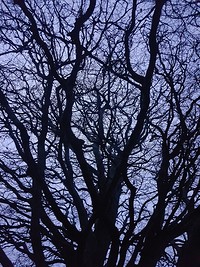 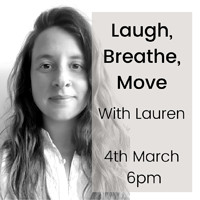 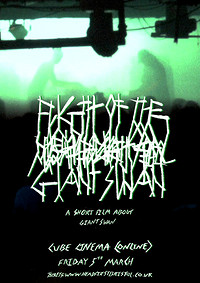 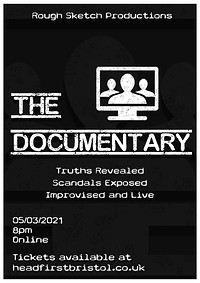 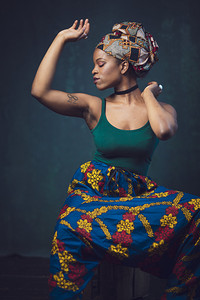