Unfortunately we have had to cancel this show due to growing COVID19 concerns. The acts will be rebooked at a later date!

With a dream line up of 3 amazing punk bands hosted by the one and only, demon of drag Ruby Rawbone!

We are back at Zed Alley bringing you another killer lineup for Punka Presents: Frankie Delta / ĠENN / T-Bitch

FRANKIE DELTA
The first ever headline set from Bristol's most exciting up new punk star- Frankie Delta
‘Their songs are all politically-charged, drenched in emotion and oozing with the tell-tale grunge sound that Bristol is starting to recognise as Frankie’s own.’ - Bristol Music Journal

GENN
All the way from Brighton we have ĠENN the riot grrrl band taking the UK by storm!
'ĠENN (pronounced Jenn) is a musical riot, ready to rock your ears and mess with your brain. They’re serving alternative post-punk madness with a fun twist, fresh out of their DIY framework. Based in Brighton, the band is a result of a trans-national pairing which came about through the internet.'

T-BITCH
Finally we have the phenomenal T-Bitch opening the show and when we saw a review saying "they are the best and worst band I've ever seen" we knew we had to get them to Punka!
'T-Bitch are trans, queer, straight and glam. T-Bitch mean business. In times where society seems to be increasingly divided, through their own flavour of hook-filled punk-glam cabaret, T-Bitch aspires to bring people together in celebration of our differences. T-Bitch are renowned for their ridiculously over-the-top live shows which have previously included fire juggling, dead nuns, coffin bearing, confetti cannons and of course, dressing up. T-Bitch are a collective of passionate musicians, something you have never witnessed before. No show is the same. Do yourself a favour, get yourself to a gig, dress up, BE NICE and be pretty!'

RUBY RAWBONE
Finally we come to our original Punka gigs host. The demon of drag Ruby Rawbone has been with us since the beginning of the Punka Presents gigs and never fails to bring the crowd together and make the show complete. We have had many drag artists hosting along the way when Ruby has been busy so we are glad to have her back in all her bearded glory!

ZED ALLEY
Our venue for this show is the brilliant city centre (BS1 4UA) hidden gem known as Zed Alley. They have been so good to us ever since they opened and continue to support the queer community. Easily accessible gender neutral toilets and very friendly vibe.

This is gonna be a gig you'll be talking about for a long time!!!

See you there
x 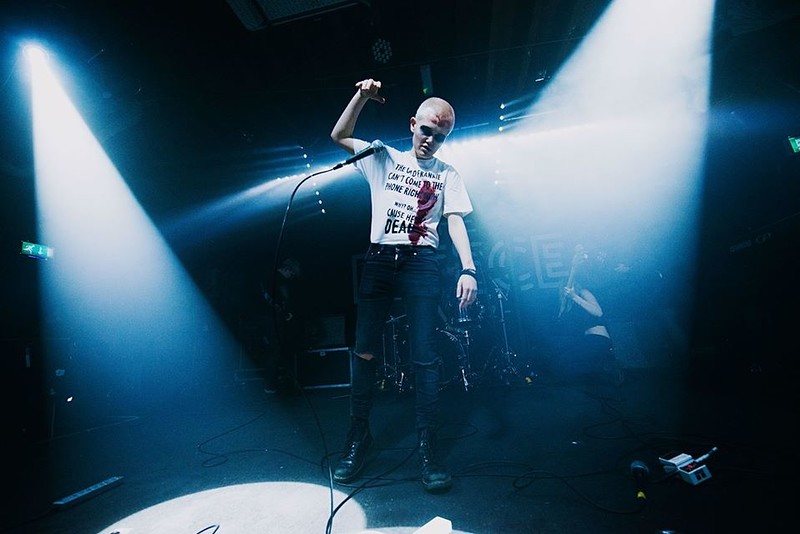 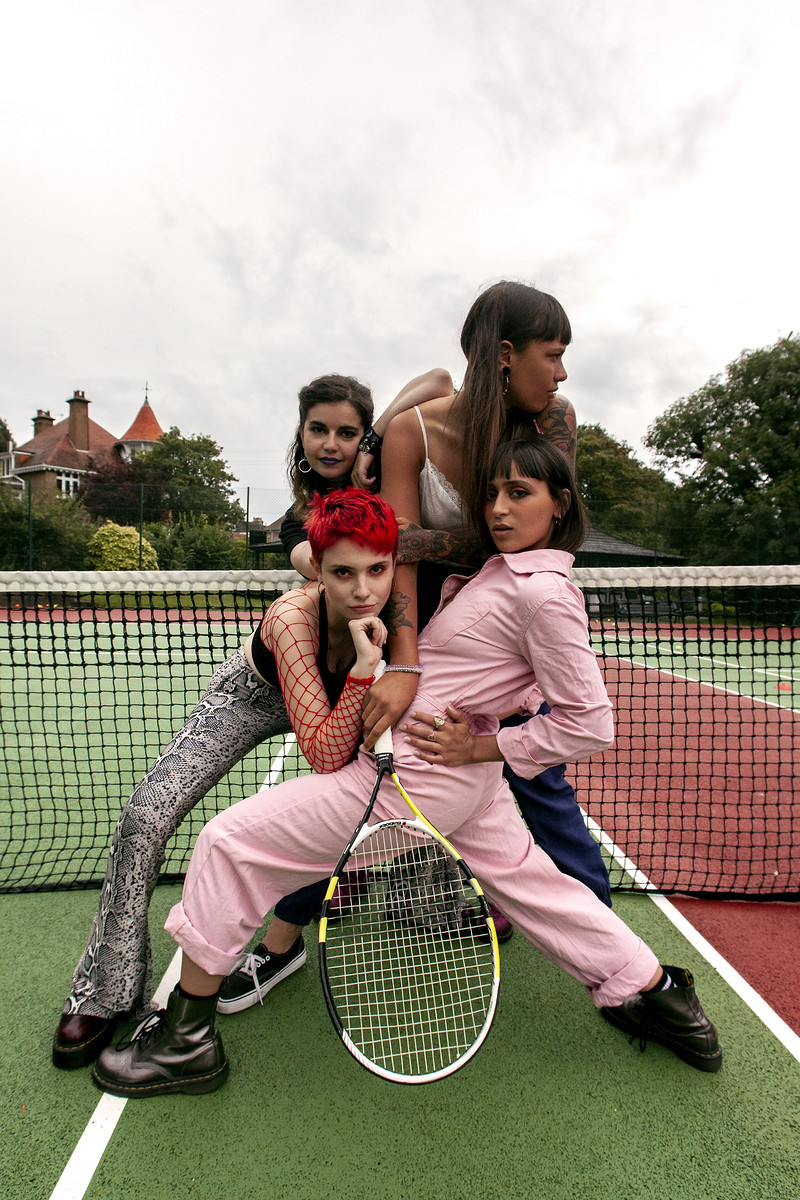 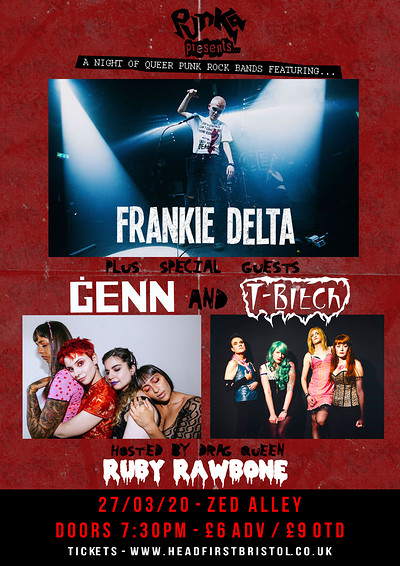