Sian Evans – Kosheen Unplugged
At the turn of the 21st century there was really no bigger Bristol band than Kosheen in terms of commercial success. With 2 top 10 and 2 top 20 hits in the early 2000s they rocked and ruled with 2 gold albums. Success morphed from chart to being perennial favourites on the festival scene, particularly in Europe. Singer and songwriter Sian Evans returned to her native Wales during this time.
Now she is back in Bristol and has generously committed time and energy to supporting Studio 7, in particular the anti-bullying project and especially the Art For Our Sake festival in conjunction with breathing new life into the continuing Kosheen project.
As well as running her own workshop on Sunday at Barton Hill Settlement on finding our voices she is playing her first gig in Bristol since moving back her. A home coming gig in a small intimate venue. The band are playing acoustic (unplugged) and it is sure to be an amazing night.
https://www.facebook.com/SianEvansUK/
DJ Ms Kizzy Morrell
Kizzy has had a 35+ year career as a professional artist mostly singing but also modelling, acting, winning awards as a dancer and has been a long-term presenter on radio. So she is no stranger to playing tunes for the entertainment of others. This however will be only her second live DJ set and as such we’ve not got a lot to go on in terms of what to expect. We predict some top-quality tunes, uplifting, dancey and plenty of reggae. Kizzy is tireless in pursuit of supporting young people with their singing and performance and has run Studio 7 for 20 years to this end. She has won 8 awards including the Lord Mayors Medal for her Outstanding work in the community.
Krantz and Stormae.
Duo consisting of Krantz on keys and beatbox and the exuberant Stormae singing and playing emotive and moving violin. Styles include classical, hip hop, funk, drum and bass, breakbeat and jazz.
https://www.facebook.com/KRANTZMUZIK/
MC Slowie
Bristol born Solo Artist / Grime / Hip-Hop / dubstep /130
DJ Ramjack ft MC Shades
Started playing soul in reggae sound system, called countryman and went on to local nightclubs where he was approached to mix some reggae and soul and hip-hop to old school rave tunes that eventually kicked off underground parties in the south west. They used to carry their own equipment up mountains, hills, across streams, squats, you name it they played at it. After a mixture of little parties around Bath, Bristol, Wales etc, called Brainstorm, bedlam, Exodus and spiral tribe at the same time as club events. In about 92 is when the 1st universe, fantasia, perception, one nation raves started to fill the gap from the decreasing illegal parties he travelled all over the country after gigs to play at free raves. They were very militant at the time and had a crew of at least 10 cars, from every city and big town in the southwest and the welsh crew were the biggest, there was always a convoy of 50 to 100 vehicles waiting outside his house or clubs. The scene started to break up and that gave advent to jungle in its raw form and all-night jungle raves. Being in the right place at right time he played as a London regular and had about 7-9 residences per week at its heyday and he was one of the first DJs to play at legal late night clubs in Swansea Coventry, Bristol, Yate, Plymouth, London, Manchester, and many more making tunes with DJs such as Orca, Darren,(Kosheen) and that’s when d/b started to grip the nation. He was pleased to be playing regularly again, with the likes of all the main stage players, Krust, Nicky Blackmarket, Fabio, etc moving abroad more often when England became flooded out with d/b nights. He was with jungle rock from 94-97 which was held in Malcolm X Centre, St Paul’s Bristol. And has also played with all the Full Cycle crew. He was active as a founder member of 'Drive By' a club night in Bristol, then ventures to Europe and Asia playing at Full Moon parties in Thailand plus festivals all around Europe. Side lined after breaking his neck in three places Xmas 06 it has taken till now to get back to full speed. NOW WICKNESS THE RETURN OF RAMJACK.
https://www.facebook.com/headrush17/ 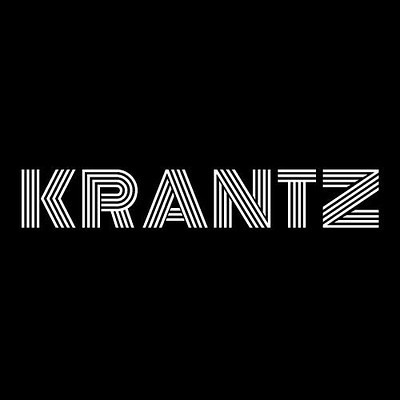