Martyn Joseph is a completely unique and mind blowing Welsh artist. Take everything you think you know about singer songwriters….and rip it up. For one man and a guitar he creates a performance with a huge far-reaching sound that is energetic, compelling and passionate. Be it to two hundred people or twenty thousand, he blows the crowd away night after night.

January 2020 will see Martyn release ‘Days Of Decision: A Tribute to Phil Ochs’, who was also, like Martyn, known for his sharp wit, sardonic humour, earnest humanism, political activism, insightful and alliterative lyrics, and distinctive voice. Martyn says “What is most striking to me is how poignant and vital his words remain to our present time. It’s uncanny that as you wander through this material there are so many echoes of our current struggle with right wing populism and those who pervade their wares through lies, cynicism and fear. Phil once said that ‘In such ugly times, the only true protest is beauty’. He brought and left us with a lot of that ‘beauty’ and it’s been an honour to dwell within it for a while and hopefully give it a small nudge forward.”
Touring this new album in January , not to be missed!
Photo Credit Konstantina Frasia 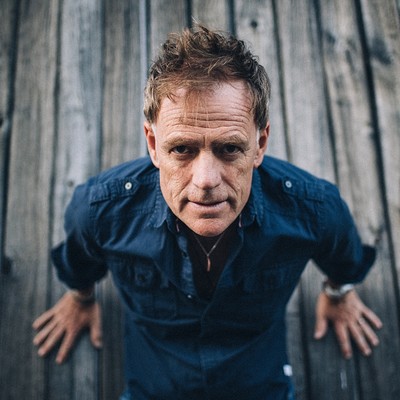