Yazz Ahmed is a British-Bahraini trumpet player and composer.

Her music, through which she seeks to blur the lines between jazz, electronic sound design and the music of her mixed heritage, has been described as ‘psychedelic Arabic jazz, intoxicating and compelling’.

In recent years she has lead her various ensembles in concerts around the UK and abroad and at major festivals such as WOMAD, Molde Jazz, Pori Jazz and Love Supreme. Yazz has also recorded and performed with Radiohead, Lee Scratch Perry, ABC, Swing Out Sister, Joan as Police Woman, Tarek Yamani, Amel Zen and has toured the world with art-rock band, These New Puritans.

2017 saw the release of her second album, La Saboteuse, on Naim Records. The album caused quite a stir, gaining multiple rave reviews and making many ‘best of 2017’ lists around the world, including Jazz Album of the Year in The Wire magazine and achieving the number 18 spot in Bandcamp’s top 100 albums (all genres).

In August 2018 Yazz released an EP of remixes from La Saboteuse, featuring collaborations with Hector Plimmer, DJ Khalab and Blacksea Não Maya which has brought her music to a new audience.

Yazz is currently working on completing the recording of her third album, Polyhymnia due for release in 2019. 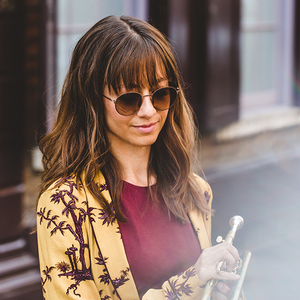