"Maxime Elliot is a 23-year-old French singer-songwriter. Born in Lyon, he graduated from Music Academy International in 2019. Emerging as an independent pop soul artist since 2020, Maxime has been working as a vocalist for French Funk band “Tricky Train” as well as recording his first solo EP “Purple Groove”, to be released later this year. Telling groovy stories with soulful guitar, Elliot is bringing his rearranged stripped-down ballads and jazzy vocals to intimate venues around Bristol, revealing stories about desire and long-lost love."

Maxime Elliot will be joining us at Beard and Sabre Taphouse on Saturday 25th September. Music from 9pm. 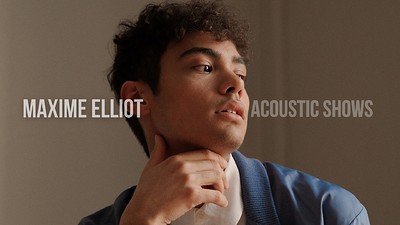