10th Party, outdoors, all day with out biggest line up to date.
Astrophonica has been one of our favourite labels since the Clissold VIP caught our attention back in 2013. Fracture played out first party back in Liverpool 2 years ago and we're delighted to have him and a few mate back again.

FRACTURE
(soundcloud.com/fracture-official / http://astrophonica.co.uk/)
Fracture is a connoisseur of fine cuisine and hot sauces. When he’s not in the kitchen, he can be found running the Astrophonica label and releasing on pioneering British dance music labels such as Metalheadz and Exit Records.
As for the music Fracture makes, it isn’t easily categorisable. You can hear his blend of traditional aesthetics and new sounds in the 2012 underground smash ‘Get Busy’, for dBridge’s Exit Records, his 2013 low slung remix of Digital & Spirit’s ‘Phantom Force’, the hands-in-the-air thrills of 2014’s award winning and cross over ‘Loving Touch’ and 2015’s collaboration with Manchester’s Chimpo on Metalheadz. 2016’s Hype Tracks EP on Exit Records - including a collaboration with Teklife’s Spinn & Taso - furthers the blend and was play-listed by Beats1 and Apple Radio. Fracture has also been sighted in the studio alongside likeminded contemporaries including Bristol’s Sam Binga, fellow veteran Kid Drama, and in 2016 with an array of Exit artists and guest vocalists as part of the Richie Brains supergroup. From stripped back rhythmic workouts to sweaty dancehall riddims via emotive compositions and catchy sample flips, Fracture’s music has a little of everything.
Astrophonica also embraces this open-minded ethic. Focused on releasing music across a spectrum of tempos it has been home to Dawn Day Night, Machinedrum, Om Unit, and Fracture’s collaboration with Sam Binga and Rider Shafique. It’s also given a platform to new talents, including the dub-wise sensibilities of Paris’ Moresounds, the junglistic chops of Sully and the unmistakable and unique live instrumentation of Tehbis & Touchy Subject. 2017’s ‘Gradients’ saw Fracture curate the label’s first various artists compilation with appearances from Astrophonica regulars, newcomers and heavy hitting guests including dBridge, Stray and a collaboration with Teklife’s DJ Earl. ‘Gradients’ encapsulates and solidifies the sound which Fracture has pushed through Astrophonica since its conception and this curating mentality has seen him provide mixes for BBC R1, Solid Steel, XLR8R and Fact and start his own live mix series ‘Broadcast’. Astrophonica is a home for daring artists, who share the same flair for rhythm and space, disposition for risk-taking and thirst for the new that keep Fracture moving forward.

MORESOUNDS
( soundcloud.com/moresounds
https://www.facebook.com/moresounds/
http://www.moresounds.net)
Paris-based Moresounds is a proud student of Tubby, a man who found his artistic voice not only in the echoes of the Kingston pioneer’s legacy but also the grooves of hip hop and the psychedelia of rave and dance music. Moresounds’ music is that rare thing: a real synthesis of dub and dance music aesthetics, pulling from the enduring, mutating DNA strands of each to create something that’s beyond a mere mixture of styles.
This intricate synthesis was first showcased to the world via releases on Seattle’s Car Crash Set, the Snafu EP, and Om Unit’s Cosmic Bridge label, the Control Breath EP. The latter has received worldwide praise and continued support from the likes of Low End Theory’s D-Styles and legendary selector David Rodigan while also catching the attention Astrophonica boss Fracture. Soon enough a deal was sealed for Moresounds to follow Control Breath with a self-titled EP for the London label.

LEWIS JAMES
(soundcloud.com/unclelew /
https://www.facebook.com/lewisjamesmusician /
https://www.instagram.com/instalewisjames )
Lewis James is a musician and sound designer from Dublin, Ireland.
Influenced most notably by his love of Hip hop, soul, electronica, DnB and bass music. He releases on Astrophonica / Exit Records / 1985music / RAM records / Rua Sounds amongst others.
Lewis is a multi-instrumentalist, and a producer of impressive diversity. Throughout his career he has worked with a variety of talent including, Tyler Bates, Lorn, Om Unit, D-Styles, Kid Drama, Sam Binga and Grandeurs Of Delusion to name but a few.
His unique approach to combining the worlds of Music and Sound Design is the keystone of his colourful, intense and sometimes sometimes surreal sound. 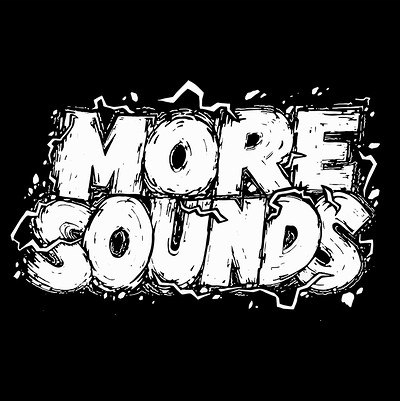