The Brunswick Club: I Will Survive

— The Brunswick Club
A celebration of the past/future of the Brunswick w/ experimental music and workshops
price: Headfirst Tickets

I Will Survive: an all-day and night line-up of performances, workshops, live art, film and music to celebrate the creative collaborations behind the Brunswick Club...and our future somewhere else.

We have partnered with our friends and collaborators to bring an energetic, varied and hugely exciting programme (look out for special announcements throughout!)

One of the leading lights of experimental dub electronics, Athens native and core member of the Bokeh All Stars.

'Lover of music not genres' Resident DJ for NTS Radio and The White Hotel, Salford

John Bence is a composer and producer from Bristol, UK, whose work tackles epic narrative themes and uncompromising sonics with a juddering emotional punch.

A band formed in Bristol, 2017 by Miguel Prado (Nzʉmbe) and Dali De Saint Paul (DSC, EP/64). In honour of those who burn the border & keep indelible marks, glossolalia and xenoglossia.

Bristol-based high NRG punk theatrics, we knew we had to have them when we saw their no-wave cover of 'I Will Survive' at Schwetfest 2018.

'Oh, The Guilt are a Bristol-based three piece who weave ice cold atmospherics, rousing crescendos and overwhelming volume into waves of swooning beauty.'

A high drama duet of sewing machine and tap dance. Scissors on thread; needle through cotton; metal via body on floor. The sounds of the machine and tones of the floor played out in tap, creating pace, tempo and rhythm in repetition and unification.

Daytime workshops and talks have limited spaces and are ticketed separately

+ TALK: Developers and their impact on cultural life in Bristol hdfst.uk/E49550

+ I Will Survive: Fabric of Change Workshop hdfst.uk/E49226

+ I Will Survive : Drawing with Sound Workshop hdfst.uk/E49549

After months of action and huge support from the Bristol community it is time to let the world know we are leaving the Brunswick Club when the lease runs out in January 2019. This departure does not mark the end of the Brunswick, just the end of an era. We are actively looking for a new home to continue with the Brunswick Club project: an artist-led community for underground culture

Event photos for The Brunswick Club: I Will Survive: 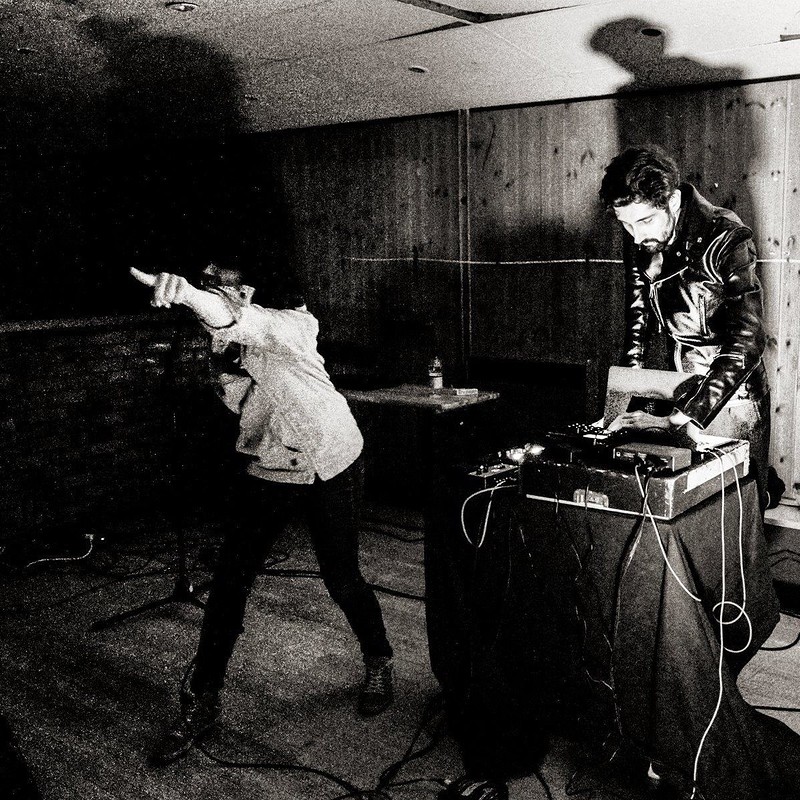 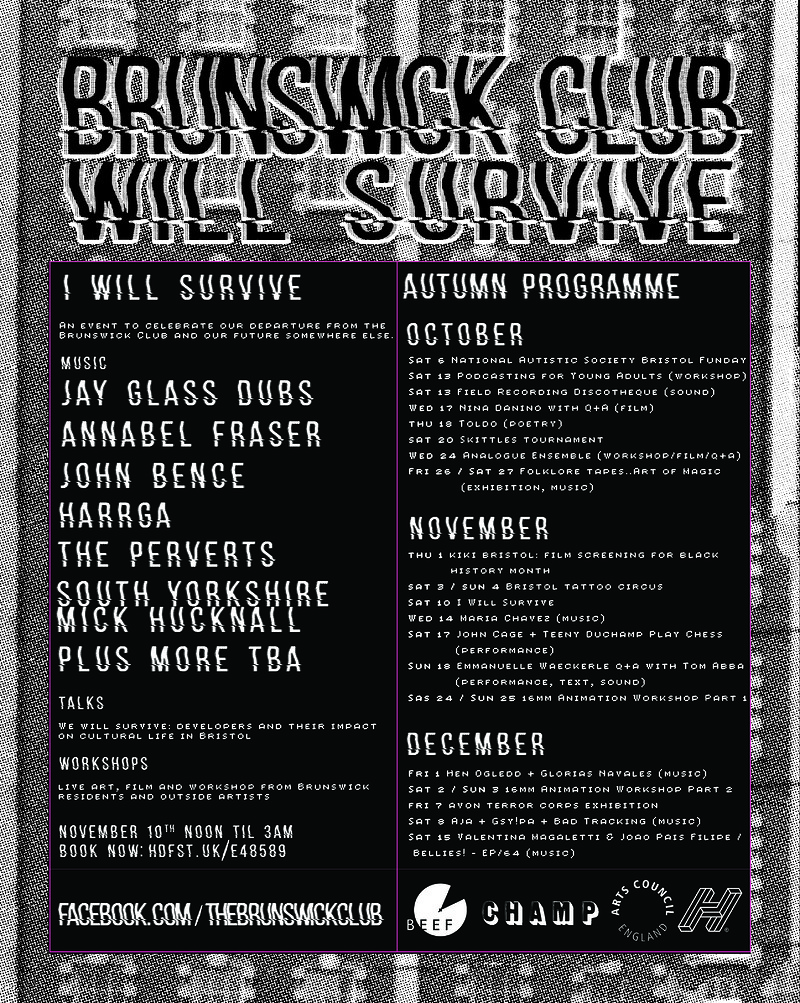 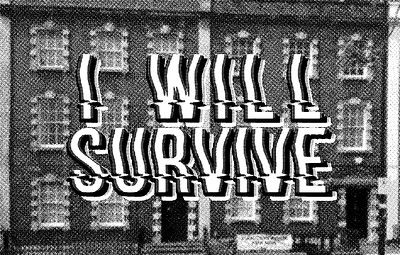