Two workshops revolving around possibilities for making analogue film loops and installs that relate to aspects of the charming Brunswick Club.

From noon til 1400 BEEF’s Vicky Smith will demonstrate how to make frottage and contact prints from objects and textures found in the club: these will then be processed in caffenol in BEEF darkroom. From 1500-1600 Nicky Hamlyn will develop ideas around installing site-specific 16mm film loops according to the specific architecture of the Club. His findings will be used as a basis for describing and illustrating how you might ordinarily go about conceiving and constructing site-specific work. At 1700 both artists will outline possible frameworks for generating reflective writing around working with film in site-specific ways and on film that employs a povera approach through working with everyday found things to generate richness and complexity from sparse means.

For the evening screening/performance Nicky Hamlyn will perform a world premiere! 4x3x2 plus a selection of his previous films. The screening will be followed by Smith and Hamlyn in conversation to reflect on aspects of duration and working site specifically that exist within making and showing film work.

Concessions available on the door only. Enquiries: beefbristol@gmail.com

Nicky Hamlyn’s performed projections yield an astonishing range of imagery: through permutations of simple forms a pleasing play of shape, depth, surface and volume is generated. Hamlyn’s numerous essays and publications are refreshing for their concise and highly analytical breakdowns of phenomena that occur in artists’ film. In his workshop Hamlyn will develop ideas around installing site-specific 16mm film loops according to the specific architecture of the Brunswick Club.

Nicky Hamlyn is an artist and Professor of Experimental Film at the University for the Creative Arts and a lecturer at the Royal College of Art, UK. He is the author of Film Art Phenomena (2003) and co-editor of and contributor to Kurt Kren: Structural Films (2016). His film and video work is available on three DVD compilations from LUX, RGB and Film Gallery, Paris.

Vicky Smith is an artist and lecturer at the University for the Creative Arts, UK. Her experimental animation practice of 30 years has screened internationally in cinemas, galleries and on C4TV. She has published in Animation: an Interdisciplinary Journal and Sequence.

This workshop is especially useful for film/media/art students who wish to develop their skills in theorizing their own and others filmic practices. For concessions and for tickets to attend either the workshop/screening only please purchase on the door. 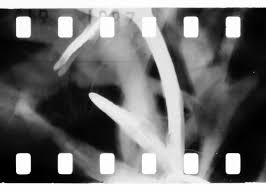