The Don't Test crew land down in Cosies on the 16th November for a night of serious dub music. Supplying you with the finest dub, dubstep, bass and grime all night long.

Bukkha / Preacha >>> (Dub-Stuy / Moonshine / ZamZam)
Making waves in the scene for over 10 years, Bukkha has established himself as a top draw producer, remixer & DJ.
His explosion of material post 2015 has saw him release 3 heavyweight EP's on the legendary Moonshine Recordings (including "Ruling Sound" with Junior Dread), plus another 4 on the US-based Dub-Stuy Records - including "Guns N Fiyah" with Junior Dread and his 2017 anthem "Death Chat" with Killa P Not to mention a slew of quality releases on ZamZam Sounds, Grand Ancestor & 4Weed Records. Under his "Preacha" alias he recently released yet another anthem "Chasing Dreams", which features the vocals of Bristol-based lyricist Rider Shafique. In recent years his tunes have been receiving the regular support from dons of the deep dubstep such as Mala, J:Kenzo & N-Type. 2019 has seen another string of heavyweight releases from Bukkha, including his debut EP 'Badda Den Dem' on Infernal Sounds, sure'll one of this years best!

RSD >>> (Punch Drunk / Smith & Mighty)
Needing no introduction to bass music followers, the legendary Rob Smith is a DJ & musician from our ver own city. He has previously released music on the Grand Central Records label, playing breakbeat hip-hop, dub and reggae-influenced music, as well as producing some of the finest dubwise, dubstep tracks as RSD on a number of labels including Punch Drunk. Rob was formerly a Drum & Bass/Jungle DJ, most notably alongside Ray Mighty and Peter D Rose in Smith & Mighty on the !K7 Records label.

RI-J >>> (Noods / Mix Nights)
Recent graduate from Bristol based Mix Nights female only DJ course, RI-J is already making waves in the scene with performances for Saffron Records, Mix Nights and Noods Radio. RI-J is a multi genre DJ with roots in Rnb/Hip Hop and a passion for Grime/140 riddims.

Reznik >>> (SUB.FM / Don't Test!)
The 140 holder of the Don't Test crew brings a blend of fresh production, certified classic and white label gold to the dance. With a fortnightly SubFM show Reznik's eye is on the underground world of 140 bring the unknown to the rave. Prepare yourself to surrender to the blender. 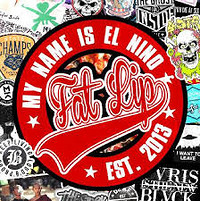 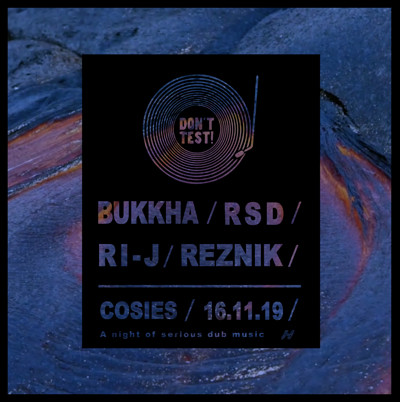