“One of the most promising UK artists of his generation, he continues at a controlled pace an ascent that began many years ago.” - Stand High Patrol

Producer, Singer & Composer: Joe Yorke performs and records as a vocalist for the Co-Operators & Stand High Patrol among others. As a producer and head of his Rhythm Steady label, Joe continues to grow his 7” discography with an eclectic array of high quality releases.

Hailing from St Ann’s Parish Jamaica, Nga Han’s deeply conscious lyrics and vocal stylings encapsulate the power and spirit of the new wave of roots singers. Nga has three albums under his belt from two of Europe’s most prolific studios, Earth Works and Hoboken HI-FI and multiple singles with producers from across the world. For example, with Eeyun Purkins newly released 7” 45 ‘Tek a Chance’, and with a new collaboration with Yaksha to be released this year.

Inspired by mixtapes given to him by Alpha & Omega over the years, Yaksha began experimenting with his own productions from the age of 15. Now having played through the original ‘Tip-A-Tone HiFi’ and supported Lee “Scratch” Perry, the underlying aim for Yaksha remains to reflect upon the foundations of the culture; and, as the name literally means, to respect the natural treasures within the trees roots. After starting an all vinyl record label in October 2019, Yaksha’s first 2 records have sold out within days of release, receiving support globally from soundsystem’s such as King Shiloh, Lions Den and Real Roots. 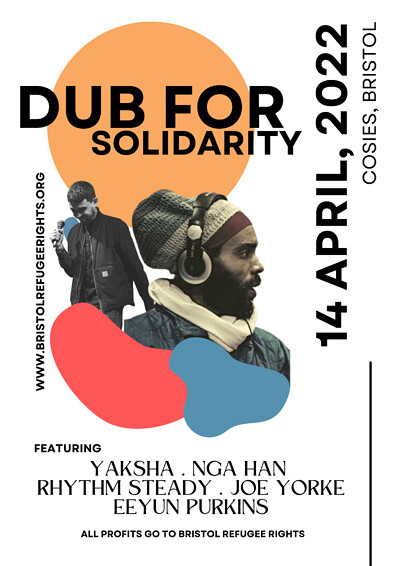