WORKS is a club night for 160bpm bass music. Footwork, juke, half-time, jungle, hardcore, and everything in between.

SEPIA has left his mark in the Dubstep scene over the last ten years, being signed to major labels such as: System, White Peach, Infernal Sounds, Wheel & Deal, DD&D, and Green King Cuts. Despite this, his 160 productions are often overlooked, so we have booked him for a special Footwork set. If you’ve ever seen him behind the decks, then you’ll know what you’re in for.

DEAD MANS CHEST has become one of Bristol’s key figureheads in the Jungle scene since his re-emergence in 2014. Originally known as Eveson within the DnB scene in the mid 2000s, he has shown no sign of slowing down this year with memorable appearances on Keep Hush and Hyponik, as well as releasing some of his most challenging work to date.

BRAAI is one of Bristol’s most underrated selectors. His skills as sound technician translate across to his sets, where he mixes through records with total precision and ease. Expect a multi-format journey across all things 160 and breakbeat.

DJ JONCO & GOLDMAN have had a busy year since arriving in Bristol, with appearances alongside Itoa, Proc Fiskal, Anna Morgan. Jon1st, and Addison Groove, to name a few. With a string of releases pending in 2020, expect dubplates and 4x4 madness. 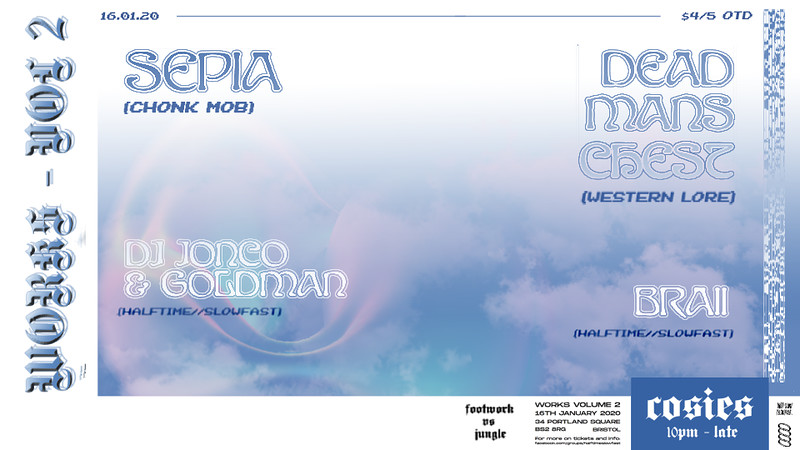 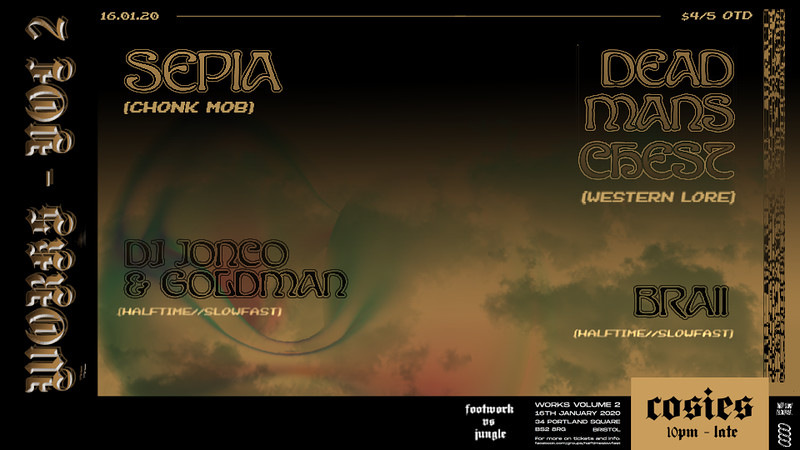 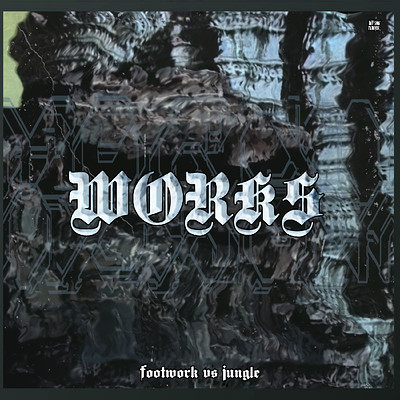