Rainbow Slicer’s undulating improvisations transcends it’s hardware heart through it’s nihilistic techno musings into something akin to Steve Reich and Richard Pinhas having a fight in a dive bar while Moroder hurls he-said she-said jabs from the corner. All in all, a good night out. Limited pro dubbed cassette and digital available April 5th.

EP/64 is a subtle wild improvisation combo, with variable geometry, formed by raw vocalist Dali de Saint Paul. Most of the time playing in trio, musicians dive freely into the interactions between his elements thus steering the energy of the music. 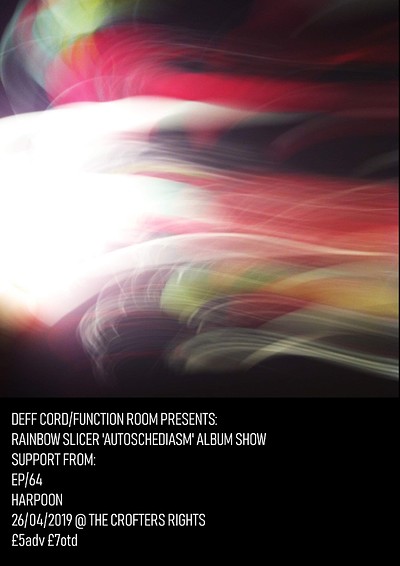