— Crofters Rights
Club Djembe returns to The Crofters Rights to welcome in Autumn with one of our biggest parties to date.
time:23:00
price: Headfirst Tickets

With the dust settled from the sold-out Crofters Carnival, Club Djembe returns to The Crofters Rights to welcome in Autumn with one of our biggest parties to date. Join us at the end of September as we welcome BBC Radio 1Xtra's Jamz Supernova to her Club Djembe debut alongside Vanessa Maria and residents DJ POLO, Wilfy D and Ricardo Silva for a showcase of global club sounds, from Afro House to UK Funky, Baile Funk to 'UK Gqom' and beyond.

As one of the leading next generation DJ's in the UK, Jamz Supernova has passion for her craft in abundance.
Inspired by the likes of Nina Las Vegas, TODDLA T, Diplo and Annie Mac, as a live DJ Jamz weaves between UK Bass, Funky, Grime, Hip Hop, Jersey Club and Global Sounds. She has graced the stages at Sónar Festival, PARKLIFE FESTIVAL, Detonate, El Dorado Festival, NASS, Farr, Lovebox Festival, The Beat-Herder Festival, Bestival, Ibiza Rocks, Lost & Found, and is no stranger to the European circuit with regular slots away including Berlin, Lisbon, Copenhagen, Budapest, Barcelona, Porto, Paris, Amsterdam and Oslo.

Hosting a weekly show on BBC Radio 1Xtra, Jamz Supernova has the privilege and platform to discover and showcase new talent. Jamz describes her radio show as “a musical journey, where you'll discover the very best in emerging alternative R&B, new-wave Jazz and leftfield electronica”.
Last year saw Jamz launch her brand new record label Future Bounce, signing the most exciting up and coming artists in her world, securing accolades such as #1 Hype Machine, Annie Mac #NewNames and Huw Stephens #TipofTheWeek on Radio 1. Jamz' own club residency of the same name has become the go-to spot in London and Bristol, featuring the cream of under-the-radar talent alongside underground heavyweights including Brasstracks, UNIIQU3, Swindle, Jarreau Vandal, JD. Reid, Branko and Joe Hertz.
A keen agent for change, Jamz created DIY Generation - a spotlight on amazing young people building and owning their own boss careers, highlighting women and people of colour.

It is a huge pleasure to welcome Jamz Supernova to Bristol for the first Club Djembe of the Autumn season.

Since 2017 Bristol based DJ & producer DJ Polo has become a mainstay in the world of UK Funky, whilst best friend, label mate and business partner Lobby has been credited being instrumental to the "Bristol Funky" and "Hard Drum" sounds emerging since 2015.

Influenced heavily by early UK Funky, both DJs are also inspired by genres from around the world such as Afrobeat, Gqom, Baile Funk & Kuduro. Both artists have released on the Roska Kicks & Snares imprint and the tracks have tore up clubs worldwide, since then the artists have released music on prominent UK club labels such as Super Kitchen and More Time.

2019 saw DJ Polo start his residency on Rinse FM, alongside remixing a track for Branko, released on ENCHUFADA. Expect a body-moving and percussive heavy set from the Club Djembe residents.

A true hero in the Bristol scene, Wilfy D is known not only for being an exceptional DJ, but a top-quality producer too, with records released via Shanti Celeste's Peach Discs and Apron Records through the Fred and L.M.Y.E projects.

Whether it's filling out venues through his Rhythm Over Everything clubnight or holding down his residencies at Love Drums and Club Djembe, Wilfy D is a natural party starter and talented selector who seamlessly crosses between House, UK Funky and UK Garage.

The recent winner of Foundation FM's Wireless Festival DJ competition, Vanessa Maria is one of Bristol's most exciting rising talents. Influenced by her love of drill, trap, afrobeats, and UK funky, Vanessa's vibrant and melodic sets fuse together syncopated rhythms from around the world. Since completing the Mix Nights DJ course for women, Vanessa has been a regular on the airways via regular slots on NTS Radio and 1020 Radio, with recent features on VICE and Boiler Room. After her FIRE set at The Crofters Rights Carnival , we knew we had to invite her down for this. 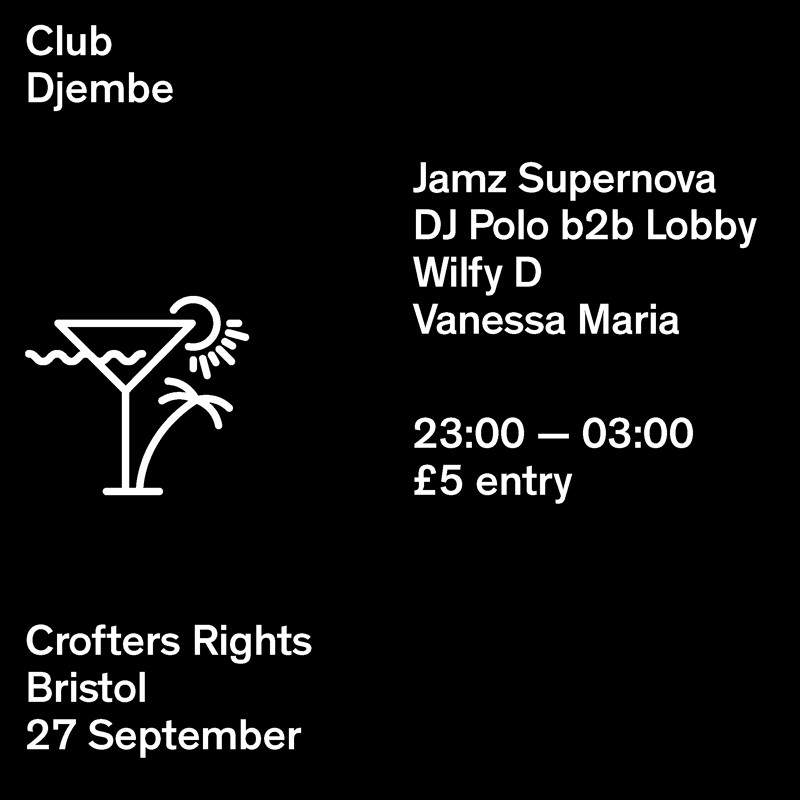 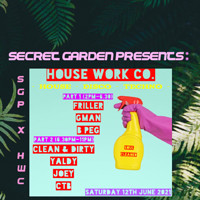 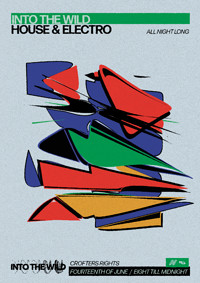 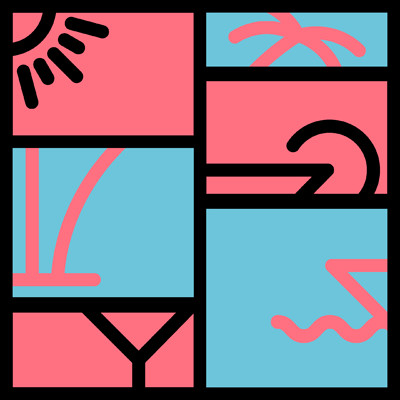