Following their evolution into a live band in summer 2016, the group has toured extensively throughout the UK, EU and North America, including performances at SXSW, Canadian Music Week, Tramlines, Sŵn, ArcTanGent, and Carefully Planned festivals, with sessions for BreakThru Radio and Daytrotter. Their debut LP ‘Body Is Working’ was received favourably by BrooklynVegan, Stereogum, Exclaim!, Drowned In Sound, the Skinny, God Is In The TV, and Louder Than War, with airplay on BBC 6 Music and Amazing Radio, among others. Expanding on the need for music to bring joy into the lives of others, and Smith’s fascination with the contortion of the pop song into a uniquely imaginative and immediate form, Living Body aims to exist in a world of skin and information overload in 2019.

High Climbers is a psych-folk group of mixed heritage, spinning their unique blend of cross-cultural shoegaze out of Bristol, UK. They've been described as both 'gorgeous' and 'wild’, and though grounded in folk and pop also possess an experimental twist that beholds intrigue. Their sound emanates warmth through soothing melody, delivering live performances that are both immersive and emotively energetic, driven by ethereal guitar-laden compositions, and organ-powered pop. Shape-shifters of the modern void, High Climbers enjoy adopting many guises; from solo to quintet, or loud to quiet, moulding their musical mood as they see fit.

King Shit and the Plastic Jesus

A new project from the people behind SANS and Modern Rituals. 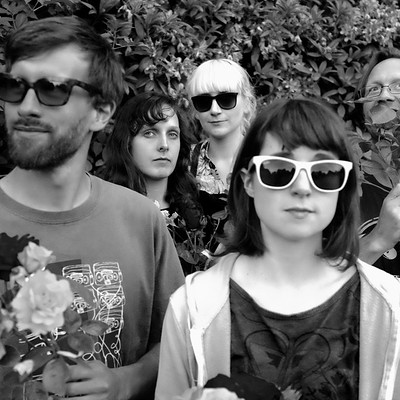