Ali Horn returns with Dreamers, an expertly crafted slice of indie pop with a heavy dose of psychedelia. Recorded at Liverpool’s legendary Parr Street Studios, the track is the second to be released from his forthcoming EP. Ali recently appeared on Liz Kershaw’s BBC Radio 6 Music show with Dreamers selected as her favourite new Tune of 2019. Others supporters of note include Steve Lamacq, BBC Introducing, Radio X. Dork, Get Into This and more. Ali just completed a UK tour that included a packed out show at Liverpool Sound City.

“Speaking frankly, it feels like the best track to come out of Liverpool this year” Get Into This 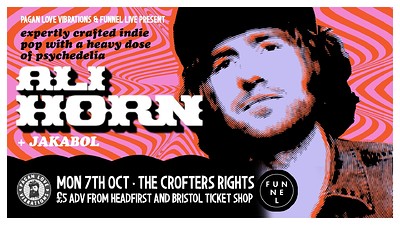