Paragon Presents the launch of a new series of events in the south-west.

The launch party will be premiere on the 16th January at The Crofters Rights, hosted by Bristol-based COUSN and selected special guests.

COUSN:
Both from highly musical backgrounds they began to create their own unique sound. Cousn’s music has been described as an eclectic mix of disco, house, acid and punk. Playing mainly their own unreleased music, their raw high energy sound has managed to get them sets at some of the UK’s top clubs & festivals including The Warehouse Project, Printworks, Motion Bristol, Glastonbury, Bestival and a peak time slot at Secret Garden Party. Last summer also saw them make their DC10 debut at Wildlife's opening night.

Because of Art:
London and Bristol-based duo, Because of Art is the combination of two musical veterans who have pooled their sonic influences and backgrounds to create a series of deep, driving and melodic productions.

With a continuous churn of tracks seeping into our imagination and senses, the pair look set to mark their territory in the underground hubs of the UK and beyond. As well as their talents in the studio, the duo has also struck up chemistry behind the decks over the past number of years with regular DJ appearances at the likes of UK dance music institutions Motion Bristol and Ministry of Sound already under their belt. And it was for the Bristol-based establishment that the boys recently delivered a mix for the illustrious In:Motion series, recorded live at the club. 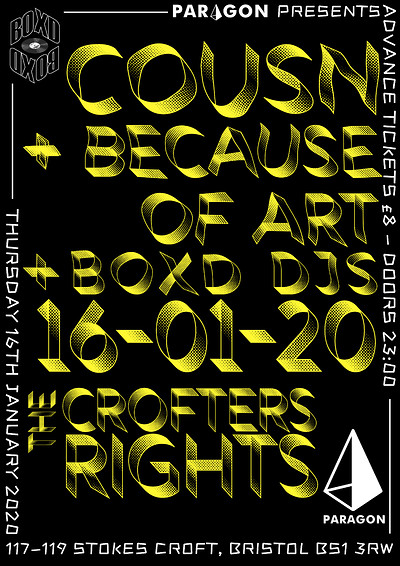