Samrai & Platt are dropping their first ever album under the Swing Ting moniker, ‘100 Dances’, on Friday 13th March. The DJ and production duo, who co-founded the Swing Ting party celebrated its 11th birthday in December and this March will mark the 100th event.

Thankfully there are launch parties planned in London, Bristol, Manchester & Dublin to mark the occasion. 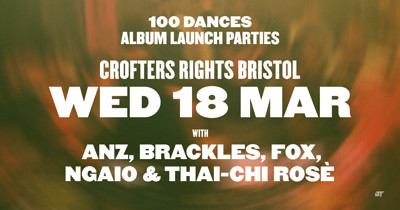