— Dare to Club
Break The Night is back! We Bringen Asquith to dare to club filled with Bristol talent
price: See event details Headfirst Tickets

Back in 2013, London-based artist Jimmy Asquith quietly minted the now-ubiquitous record label Lobster Theremin which has since become a seminal global techno institution.
With the release of his standout track 'Let Me (Rave Mix)', Asquith has established himself as one of the foremost producers to watch - alongside being a refreshing yet seasoned DJ - and receiving support from titans of the scene including Fjaak, SHERELLE, Peggy Gou, Nina Kraviz, Marcel Dettmann, Jaguar, Haai, Emerald, Tijana T, Hessle Audio, Mama Snake, Tim Reaper, Dense & Pika and many more.
Asquith's long-awaited label Higher Power launched in 2020, blending the sounds of fast techno with old school jungle, rave, UK breakbeat and more. The debut 'Set The Trap' EP from Asquith himself, taking us into 150-160 bpm techno territory and blazing an opener for what promises to be an exciting new home for electronic music in 2022.

Bristol-based artist Alexisitry has been carving a name for herself across the UK’s club and festival scenes; supporting the likes of Eats Everything, Annie Mac and Partiboi69.
Alexisitry’s ability to connect with a crowd through her tune selection is exhilarating and effortless. Demonstrating her extensive musical knowledge-base through a compound of both mainstream and underground; Techno, Breaks and Left Field; all the way through to Drum and Bass and Jungle.

Booty bouncing, sweat drippin’ and good vibes is what Adeevah is all about. With a mix of Ballroom, Vogue, UK Funky, and Baile Funk guaranteed to get you living your best life on the dancefloor. Adeevah joined Booty Bass, a collective of female and non binary DJ’s from Bristol and London

'Monoke has been making her mark in the scene with her tribal infused selections since moving to Bristol. The idea of dance music relating back to participative ritual art is at the core of curating her sets. Her show on 1020 radio 'Sleep On It' explores this alongside experimental, left-field and meditative techo, focusing on showcasing diverse guest mixes by womxn, non-binary and trans DJ's and producers.

Co-founder of Break The Night, Lewis Fraser joins the party, Lewis’s style can be only described as diverse. Whether it’s mixing electro, techno, breaks or IDM his sets are always high energy and high octane with the latest sounds of underground dance music to get your body moving. 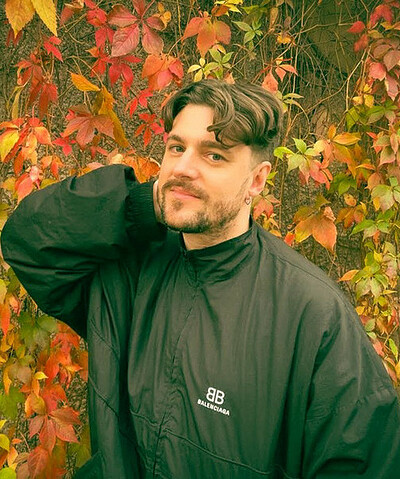