Suthering combines the musical talents of Julu Irvine and Heg Brignall, and they will launch their new album If We Turn Away at Downend Folk Club on Friday 18th February, wirer they will be joined on stage by Olivia Dunn (Phil Beer Band, Mad Dog Mcrea) and Sarah Rickets (The Nightjar). A couple in life and in music, Julu and Heg have taken the folk scene by storm with their unusual and fresh approach to folk. The pair champion female characters, creating new narratives for women and unearthing the female heroines of folk. 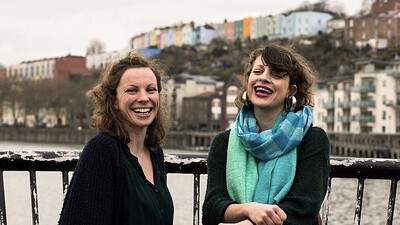